The Samsung Galaxy Tab Active 2 specs are finally out today, after the new rugged Android tablet was benchmarked four times in a row. The model that was benchmarked was the 4G LTE model, so it still remains to be seen if the Wi-Fi only model SM-T390 will feature the same processor. 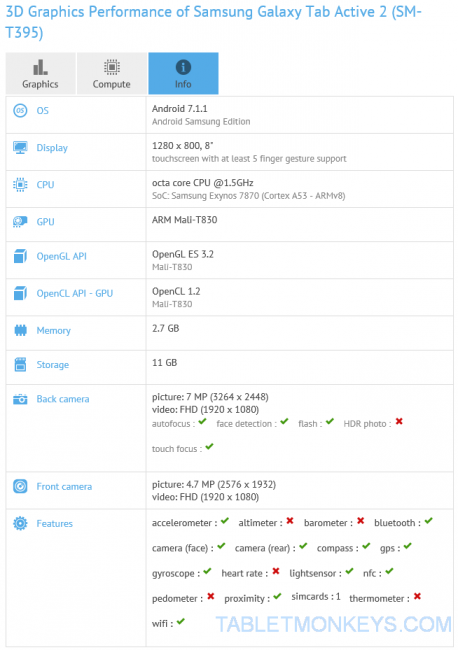