The 12-inch Windows 10 2-in-1 tablet Acer Switch 5 was announced by Acer in New York today. This is the successor to the fanless Acer Switch Alpha 12 launched one year ago. Now Acer have upgraded it to the new 7th gen. Intel Core “Kaby Lake” processors, while kept the fanless LiquidLoop colling system for it. 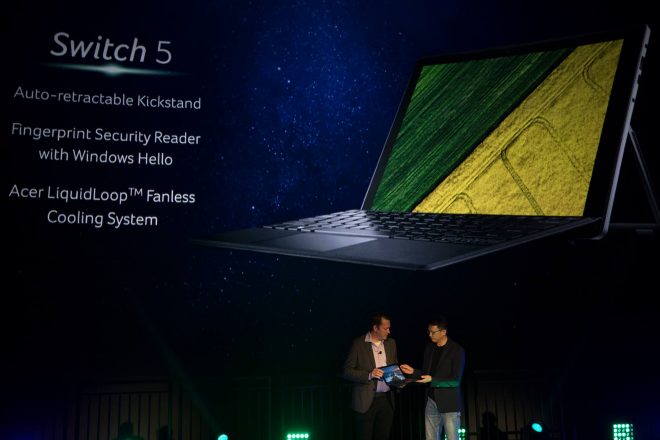 The 12-inch screen has the same high 2160 x 1440 resolution as before, with Acer Active Pen support, which is a 1024 pressure level sensitive active digitizer which works with Windows Ink.

The built-in kickstand was already well behaved, but have become even more advanced now in the Acer Switch 5 by being auto-retracting so that the kickstand can be adjusted one-handed.

It also supports Windows Hello with a fingerprint reader built into the power button on the side, like we are seeing on a few of the new Windows tablets.

Ports on the Acer Switch 5 includes a USB 3.1 Type-C port and a USB 3.1 Type-A port. The keyboard is backlit and has a Precision Touchpad with Windows 10 gesture support.

Acer really want people to consider using the Acer Switch 5 for heavy work, since they have even made a optional Acer USB Type-C Dock that adds a DisplayPort, and HDMI port, 2x USB 3.1 Type-C ports, 3x USB Type-A ports, as well as audio input for a microphone and audio output for speakers.

The tablet is covered by a anodized aluminum chassis and weighs 920 grams, or 1270 grams in total with the keyboard.

People have been careful about throwing big money on a high-end Windows 10 2-in-1 tablet from Acer, so the predecessor can be had for around $500 regularly. We will see if that changes with the Acer Switch 5. 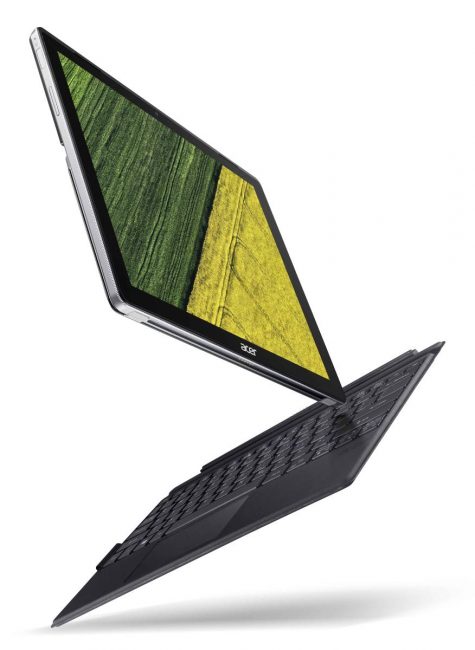 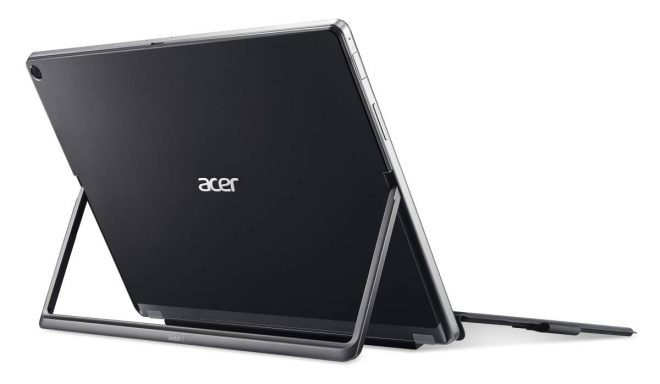 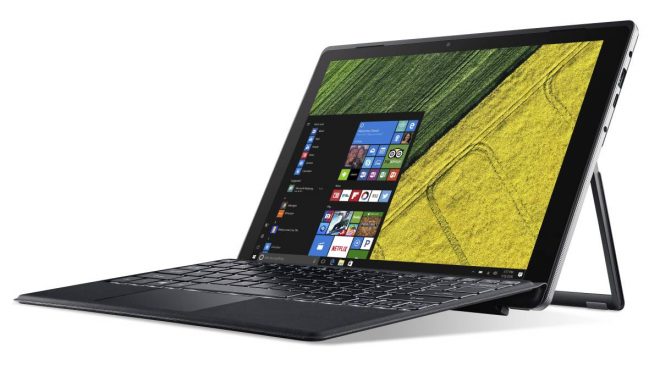 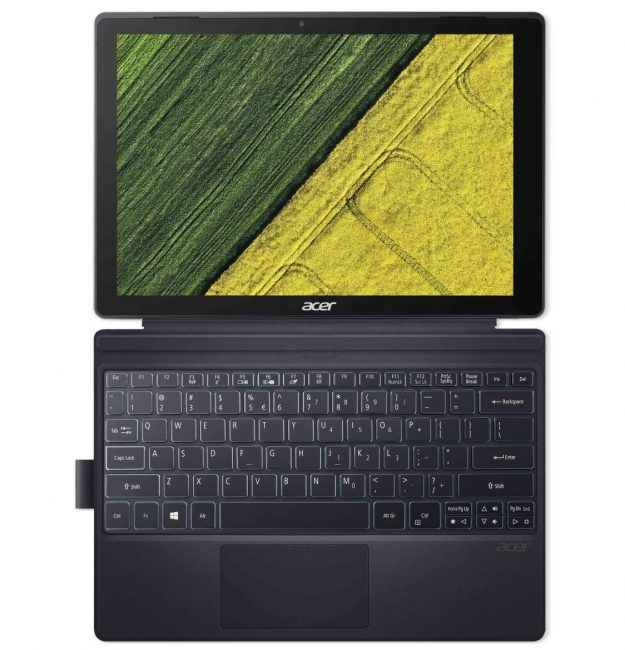 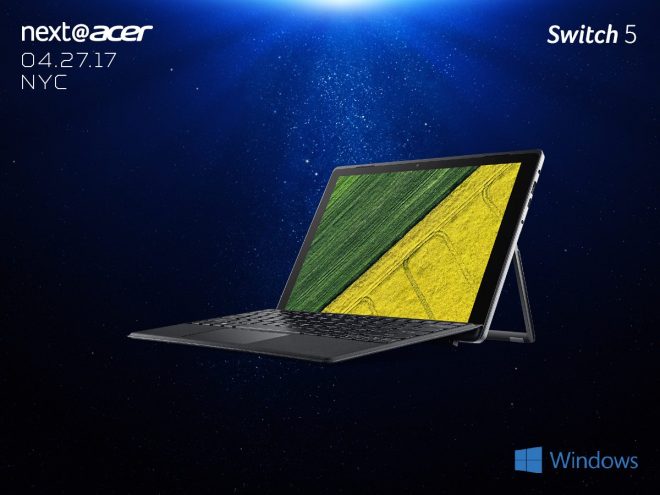