Samsung launched the world’s most powerful Android tablet the Samsung Galaxy Tab S6 on August 23, and even though it has been selling well, the 8GB RAM model with 256GB storage is actually on sale right now on Best Buy, with $200 off: https://www.bestbuy.com/site/samsung-galaxy-tab-s6-10-5

The sale is not expected to last long, and it’s even a little strange that it’s on flash sale already, but this is the first Samsung Galaxy Tab S6 sales campaign there’s been on this quick tablet. 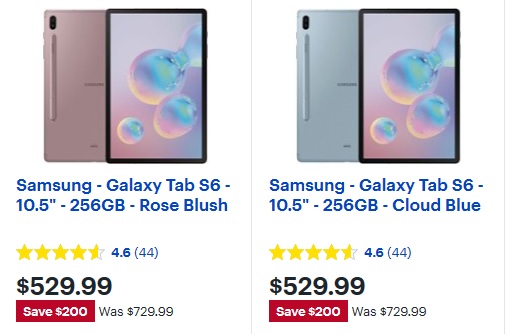 The original launch prices that Samsung Tab S6 are normally sold for are $649 and $729 for the Wi-Fi version, though a 4G LTE version is also available for $100 more.