Among other tablet related technologies unveiled at CES 2022, was also the the tablet that’s not marketed as a tablet, the 8.4-inch Samsung Home Hub that Samsung will launch in March, staring in South Korea, with a worldwide launch to follow.

The concept is pretty simple. Samsung Home Hub is an 8.4-inch tablet that is focused to run as a home hub for digital smart devices that are connected to the internet, that can all be controlled through this tablet, either by using the touchscreen or using voice commands.

The screen provides information and status of all the smart devices that users have connected to the Home Hub. 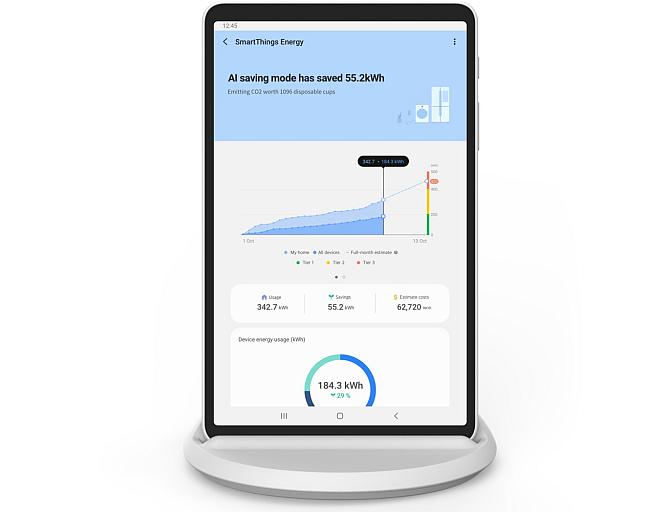 As a tablet, it can be docked too, but the dock looks very similar to the pre-existing docks that have already been available for the 8-inch Samsung tablets only that the color has changed from black to white, so the dock itself doesn’t seem to bring anything new to the table.

In Samsung’s home turf South Korea, Samsung has had several wall mounted home hubs on the market for years already, but they have been a lot thicker than this tablet. So combining it all in a tablet instead is at least a better idea.