In the 10 years since the first iPad was launched, it’s been interesting to see how some some of the other device in close by categories have developed during the same time. GPS devices for vehicles have in some cases been replaced by people’s smartphones or tablets or built-in navigation displays that are usually standard by now.

But the map and navigation companies are still relevant, as they continue to develop both their software, services, and their hardware. Which brings us to the new rugged 5.5-inch ATV and motorcycle navigation tablet called Garmin zūmo XT that will launch tomorrow on March 12 for $499.

This is in my opinion the best small rugged navigation tablet for vehicles on the market right now. It has a 5.5-inch touchscreen that can be operated with gloves, and a display with a HD resolution of 1280 x 720. The rugged and waterproof rating is IPX7 an MIL-STD-810, with a weight of 262 grams.

Another feature I really like is that it has screen rotation, so it can be attached both horizontally and vertically, depending on the space available between the gauges, or the type of road your are on.

As for map and navigation features, it has the type of additional navigation data that you’ll appreciate as a biker such as hazard warnings and “inreach pairing” with text messaging if you ride with others, in addition to anything from live traffic and weather, spoken directions to your helmet, off-road maps, satellite images, and social sharing of your own routes. 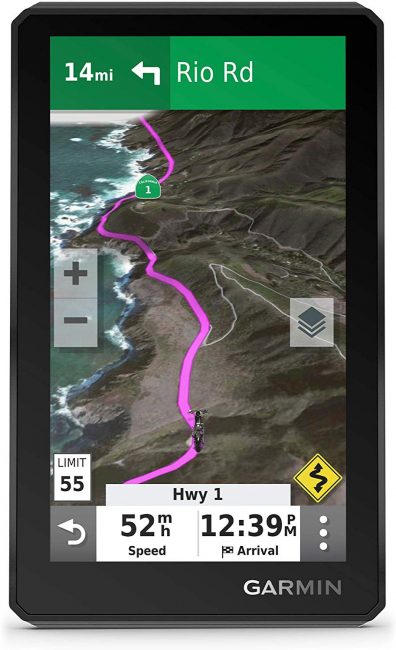