IDC released their own Q1 2015 worldwide tablet shipping numbers report this week, which gives us an interesting update on what’s moving in the world of tablet computers.

The numbers are for tablets that were shipped worldwide in Q1 this year, which is more interesting than regional sales figures, since there are tablets that launch months apart from one market to another. 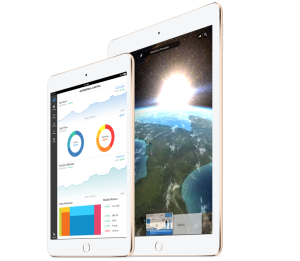 Only the 5 largest tablet manufacturers are identified individually, though none of them have the sales figures of each individual tablet published in this report.

The five largest tablet brands in the first three months of 2015 were (in order of shipping figures):

And then IDC just grouped the rest of the tablet brands together as 19.7 million other tablets.

“Other tablets” should become less grouped together in the next report, since Microsoft already announced revenue of $1.1 billion in January from the Surface Pro 3.

And with the addition of the cheaper Surface 3 model for $499 on May 5, sales should continue to grow for Microsoft.

In IDC’s list of the top 5 tablet brands that have maintained their place in the top 5 list year-over-year, Lenovo is the only one with annual growth figures, more specifically with a growth of 23%. I’m not surprised, since Lenovo currently has a pretty wide portfolio of tablets that have both good spec and low price at the same time. LG also experienced growth in tablet sales, but mainly due to their collaboration with wireless carriers across the world.