The 17.3-inch large tablet TCL Xess will release June 15 with an international launch. It is taking orders before then for $699: http://www.gearbest.com/tablet-pcs/pp_363330.html

TCL Xess is a tablet that is known as Alcatel Xess in the US. But it is the same tablet, made together. The 17.3-inch large Android tablet TCL Xess is an Android tablet with a built-in multi-angle kickstand, a Full HD screen with 1920 x 1080 display resolution, a powerful 1.5 GHz octa-core MediaTek MTK8783T processor, Mail-T720 graphics processor, 2GB of RAM, and 32GB of storage with 64GB microSD card expansion.

In this size category, it is similar to the 18.4-inch Samsung Galaxy View, another large tablet that quickly became quite popular after it was launched. Galaxy View has its own apps too that can turn a smartphone into a remote control for it or a gaming controller. 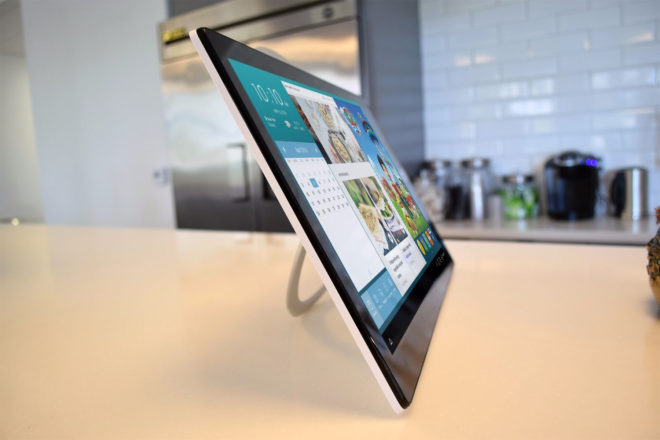 The large tablet TCL Xess contains dual-band 802.11 a/b/g/n/ac Wi-Fi, Bluetooth 4.1, a 5MP front camera that also supports hand gesture control, two 3 watt JBL speakers, two USB 2.0 ports, a MagTouch port, has a 9600 mAh battery that gives it a 3.5 hour battery life and a standby time of 125 hours, an integrated Touch Pen digitizer on the back, and runs Android 5.1 upon launch. Samsung will upgrade theirs to Android 6.0 Marshmallow soon, and maybe TCL will do the same. Although it honestly may not matter at all on this type of home tablet.

At only 9.1 mm in thickness, this tablet is thinner that Samsung’s Galaxy View. And the attention to detail is good on this tablet, with smart locations of the buttons, and even an magnetic charger for it.

Everybody who has large tablets like the Samsung Galaxy View knows how smart and convenient they are, so it’s no wonder why these tablets are becoming popular among a lot of people for daily use around their home. 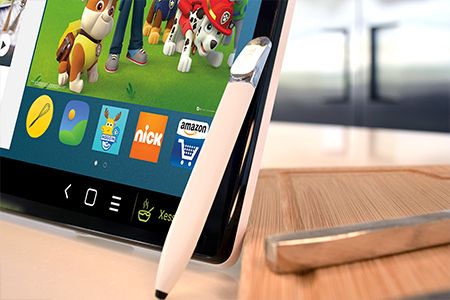