Lenovo belives it can launch it for $189 in Q2 2020. And while this is both a regular Android 9.0 tablet, it features both Google Assistant with Smart Dock, as well as features that takes the Kids Mode to a whole new level.

If you hand over this tablet to the kids after turning on the Kids Mode first, then not only does it feature Bumpy Environment Alert that will alert users to stop using the tablet during bumpy car rides or flights, but it even features a Posture Alert that Lenovo says will detect the posture of the user (kids or no kids) and remind them to sit up straight complete with a vibration prompt.

And as a smart tablet it can be used to control smart devices in your home as well as hands free Google Assistant device.

The dock is called Smart Charging Station and is included. The 10.3-inch screen sports a Full HD resolution display at 1920 x 1200, while it also has a 5MP front camera, a 8MP rear camera, and stereo speakers on the sides with Dolby Atmos.

It’s also equipped with dual-band Wi-Fi 5, Bluetooth 5.0, and surprisingly enough just 5000 mAh battery that even Lenovo says is only good for a 4.6 hour battery life.

So apart from the short battery life, it’s a tablet that should offer a lot for the money if Lenovo can actually launch it for $189 as they say. 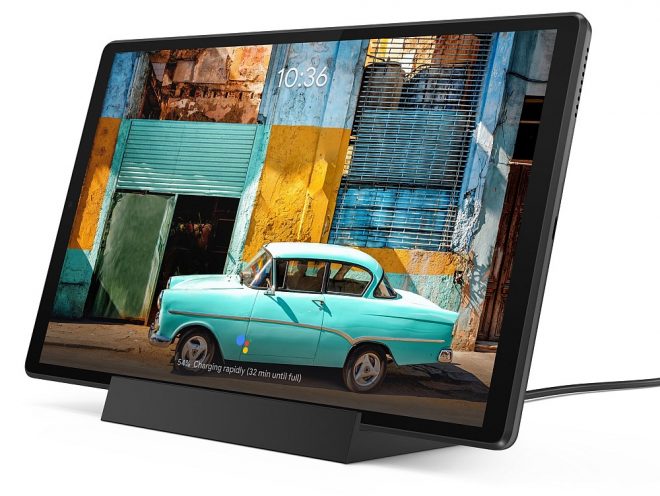