The Lenovo Smart Tab M10 was originally announced on August 23, yet had not been launched since then. But now after Lenovo re-announced the tablet five days ago as they announced the new dock for it, it has started taking pre-orders from $199, and been given a January 25th release date:
https://www.amazon.com/Lenovo-10-1-Inch-Alexa-Enabled-Octa-Core-Touchscreen

As for other specs, we are looking at a 2MP front camera, a 5MP rear camera, 320 nits brightness on the display, dual-band 802.11 a/b/g/n/ac Wi-Fi cover, Bluetooth 4.2, and a 4850 mAh battery, which may give it a 15 hour battery life as measured by the video playback standard, though at 720p resolution in Lenovo’s test.

It also has a USB 2.0 Type-C port, and a 3.5mm audio combo jack. A stand out feature here is the very low weight. At just 480 grams, this is the second lightest tablet in the 10.1-inch Android tablet category, based on tablets that are in production now in 2019. The thickness is 8.1mm.

So, an interesting house tablet with smart hub features, some decent speakers and hands free features in the dock, and a price that makes this tablet a good alternative to Amazon’s Fire HD 10. 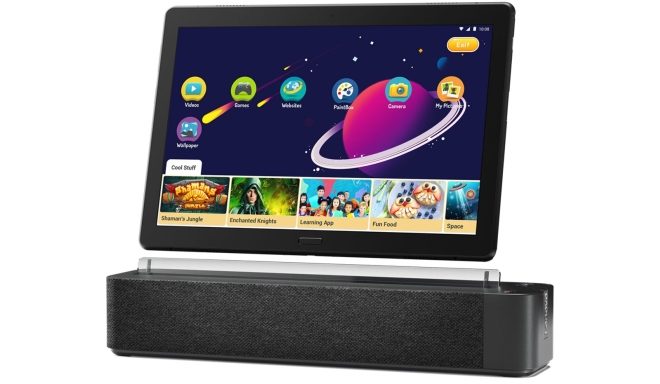 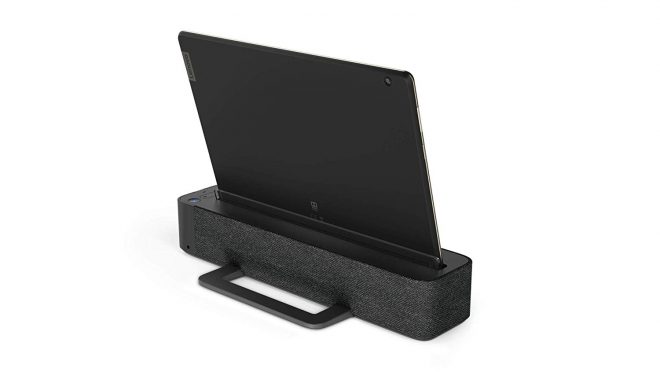