Teclast is launching a new 10.1-inch Android tablet in August by the name of Teclast T20. It’s being launched for over $300, and while it is an interesting tablet, the question is if it’s interesting enough to warrant the price: https://www.gearbest.com/tablet-pcs/pp_009246785

Before we look at the best sides of Teclast T20 (T2E1), let’s get the shortcomings out of the way. It’s being launched with Android 7.1, and that alone makes the price less attractive for most. Google supports even Android 6.0 as well as Android 7.0, so that’s not the issue, but people want the latest OS. It’s just the way it goes.

But with that out of the way, the Teclast T20 has other tricks up its sleeve that puts most other Android tablets to shame. It’s powered by MediaTek’s 10-core MT6797X (Helio X27) processor with Mali-T880 GPU, 4GB of DDR3L RAM, and 64GB of storage. MicroSD cards are supported up to 256GB in size. 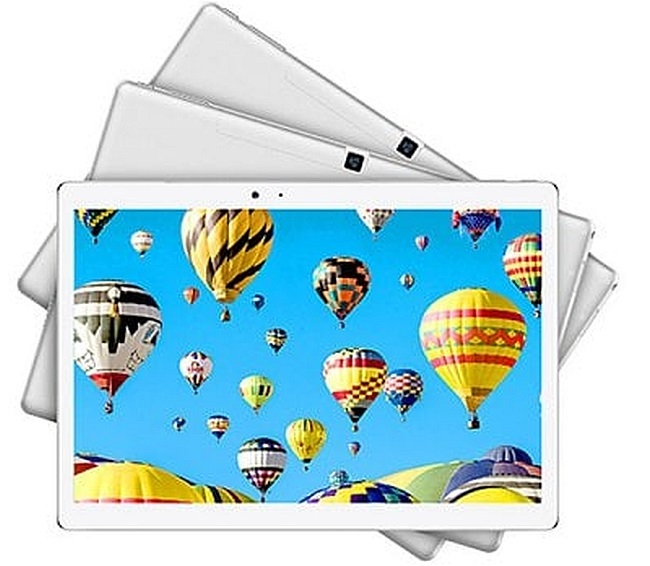 Teclast T20 benchmark scores in Geekbench 4 results in a single-core score of over 1200 and a multi-core score of 4800. That’s above some Intel Celeron processors we see in a few tablets these days.

And not only does it feature a 10.1-inch screen with 2560 x 1600 resolution, but it even has a 13MP front camera and another 13MP rear camera to give users something to look at in detail too.

It also has a fingerprint reader, stereo speakers, a USB Type-C port, and a 3.5mm audio combo jack. The battery size is 8100 mAh, though the claimed battery life is still just 6 hours. But at least the standby time should be good.

The tablet case is a aluminum alloy unibody which makes it looks sharp and durable at the same time, and the weight is even just 504 gram. The thickness is 8.5mm.

So Teclast T20 has a lot going for itself, and it’s only lagging behind with the Android version and battery life. 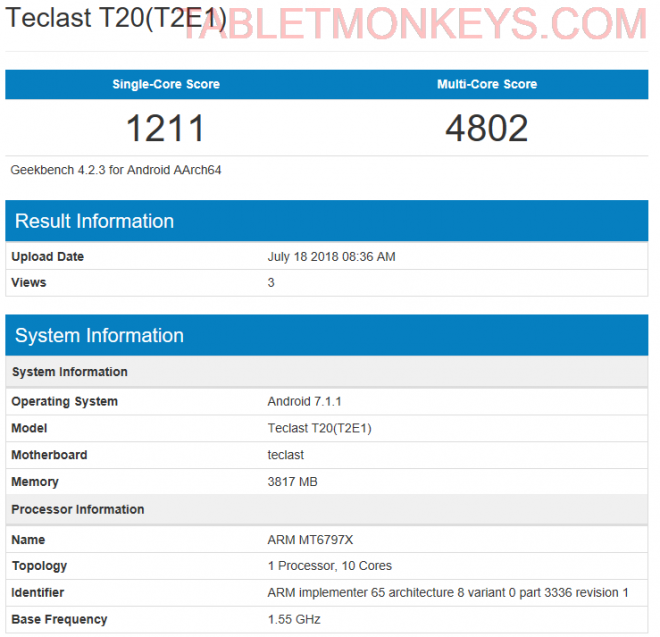 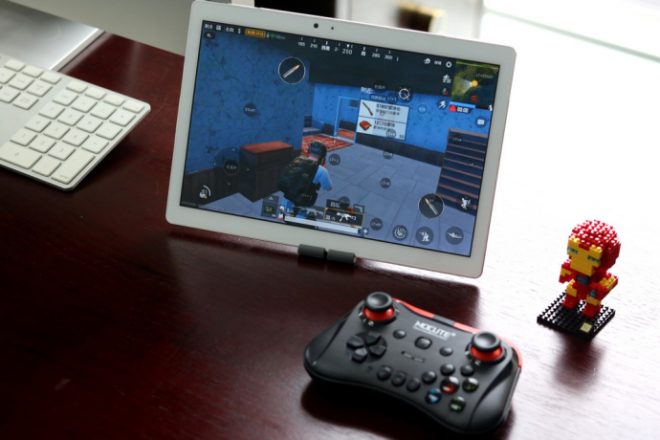