Xiaomi announced the new Xiaomi Mi Pad 3 today in China, where this new 7.9-inch tablet will be launched for 1499 Yuan, or the equivalent of 220 US Dollar.

The specs for the new 7.9-inch Xiaomi Mi Pad 3 are in line with the leaks from 10 days ago, but so far Xiaomi have only announced this Android based tablet, and not the purported 9.7-inch Xiaomi Mi Pad 3 Pro which is alleged to run Windows 10. But we will update if we hear more about the Xiaomi Pro tablet.

Meanwhile, the new Xiaomi Mi Pad is a 7.9-inch Android based tablet running Xiaomi’s MIUI8 user interface, which can be adapted to each market that Xiaomi will launch the tablet in, month by month. 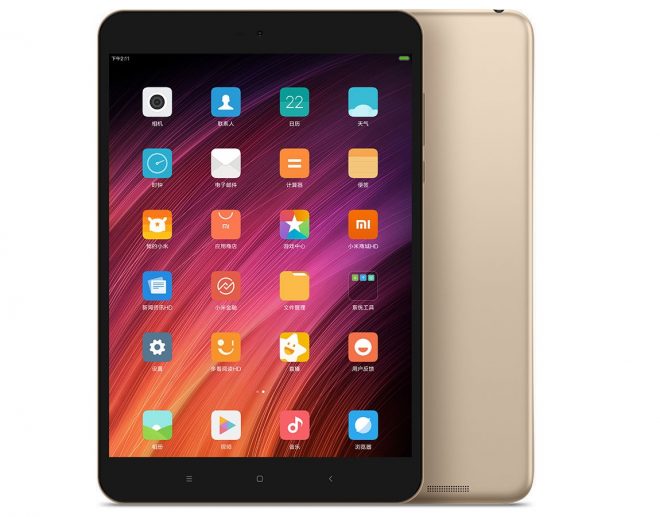 Mi Pad 3 battery life is still great, with an average 12 hour battery life from its 6600 mAh battery, and this battery supports 2A fast charge and a very long 867 hours standby time. The cameras were pretty good from before but have still been upgraded to a 5MP front camera and a 13MP rear camera with Full HD 1080p video recording.

Some of the feature highlights are black and white mode for reading ebooks, and blue light filter, although this was present on the Xiaomi Mi Pad 2 as well.

Xiaomi Mi Pad with its MIUI user interface makes the most sense in China at the moment, where the Xiaomi Mi Pad is like the equivalent of a Amazon Fire tablet, because of its integration with the Xiaomi ecosystem of movies, ebooks, magazines, games, apps, and services.

But if Xiaomi launches a Windows 10 version, like they did with the Xiaomi Mi Pad 2, that won’t be an issue on that one.

as well, which is a very good thing, with a champagne gold colored all-metal unibody weighing 328 gram, with a thickness of 6.95 mm. 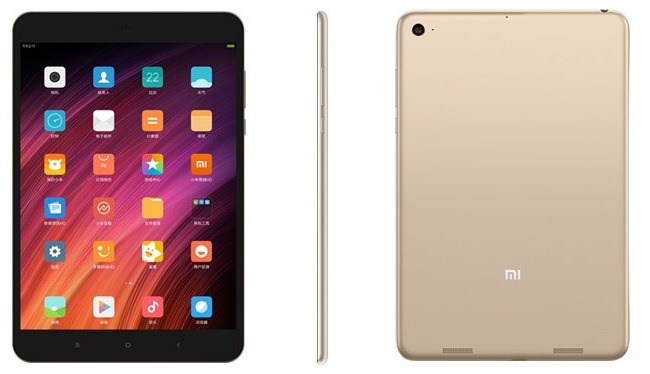