Thanks once again to GFXbench we are seeing the first leak for a possible new Xiaomi tablet.

The specs that we see this tablet listed with below are only indicative of what might be on board of the final product, so everything should be taken with a pinch of salt. But it looks like Xiaomi might have a tablet that is more or less a budget tablet in the works.

This would be Xiaomi’s second tablet, after the Xiaomi MiPad, the first tablet to feature the Tegra K1 processor when it was launched back in May. 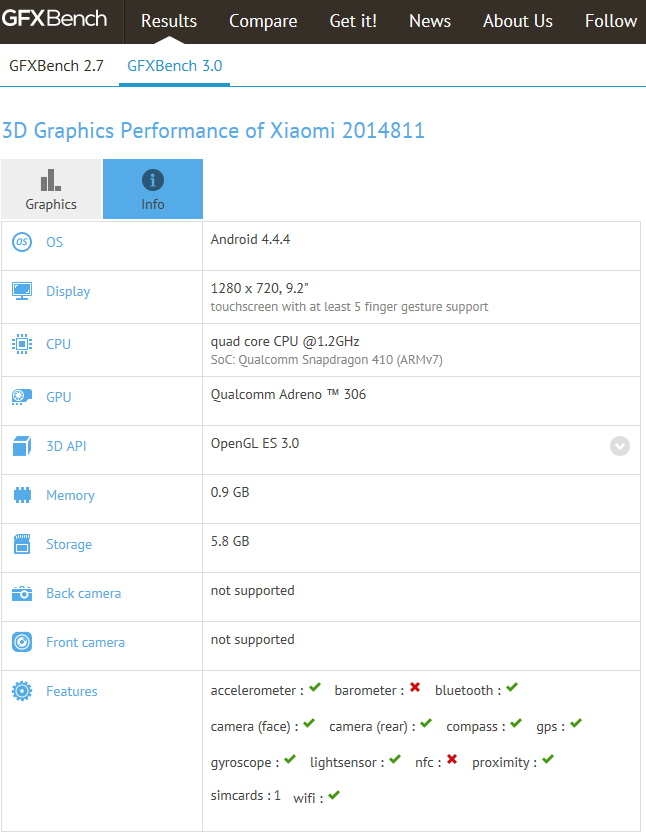