The world’s first foldable tablet or laptop is finally about to be launched, as the 13.3-inch foldable Lenovo ThinkPad X1 Fold has begun taking pre-orders today ahead of its October release:
https://www.lenovo.com/us/en/thinkpad-x1-fold

The price starts at $2499 without the keyboard, and goes up to $3099 with Windows 10 Pro, 1TB of storage, and both the Lenovo Mod Pen and Lenovo Fold Mini keyboard included.

The keyboard is an alternative to the virtual keyboard, and fits the width of the foldable tablet / laptop. It’s been a long time since the Lenovo ThinkPad X1 Fold was unveiled back in January as the world’s first foldable PC, although it was already teased back in 2019. The price seems high, but then again, this foldable PC is more than just a novelty item. It has some quality components too.

In addition to the 13.3-inch screen being a foldable touchscreen, it has a resolution of 2048 x 1536 from an OLED display. 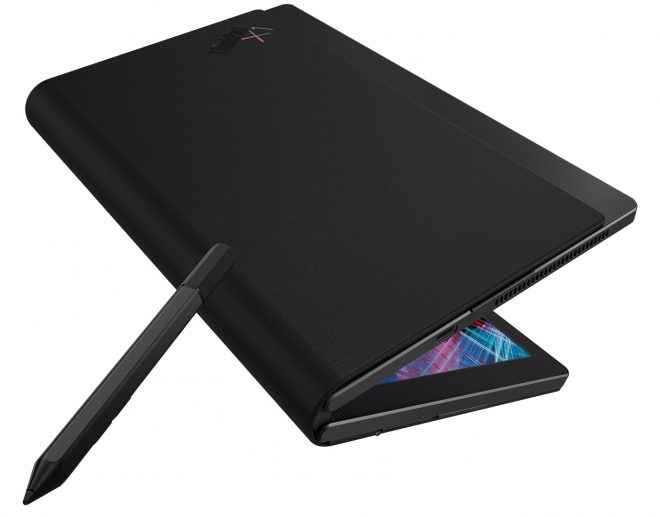 On top of that, Lenovo’s foldable Windows laptop has an 11 hour battery life, rapid charge, IR and 5MP cameras, Wi-Fi 6, and accessory options of a USB Dock and USB Hybrid Dock.