Wacom have announced the launch of their new entry level Pen Display graphics tablet at CES 2020 called Wacom One, which is now launching for $399:
https://www.amazon.com/Wacom-Graphics-Animation-Beginners-DTC133W0A/dp/B082LZXQ6B

This is just a graphics tablet, so it doesn’t run any of the typical tablet operating systems in itself, it just connects to Mac, Windows, or Android so you can use it with the software there.

The are two foldable legs on the back of the Wacom One that acts as a kickstand for a 19 degree angle, and the included pen can be attached to the top side of it. 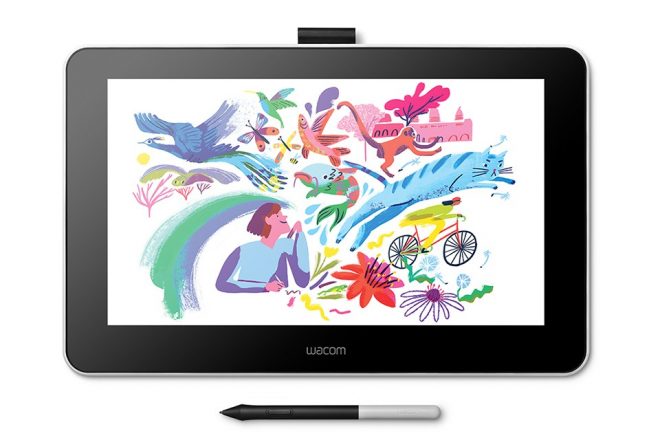 It’s no wonder that Wacom is now offering a cheaper entry level graphics tablet with EMR pen, down from the previous entry level Wacom tablet at $650. Now that all flagship tablets have good digitizer support, Wacom can easily lose customers to users of iPad, Surface tablets, and some of the Android flagship tablets, that in some areas actually possess higher digitizer specs than even the Wacom One. For instance, Surface Pro and iPad Pro both have faster response times.

What Wacom One still offers though, is that it’s a dedicated graphics tablet, so the drawing feel and some of the other drawing needs are better and much more focused than on the tablet computers that are not optimized as graphics tablets.

Wacom One is launching this week, and should start shipping in a few days according to Wacom. 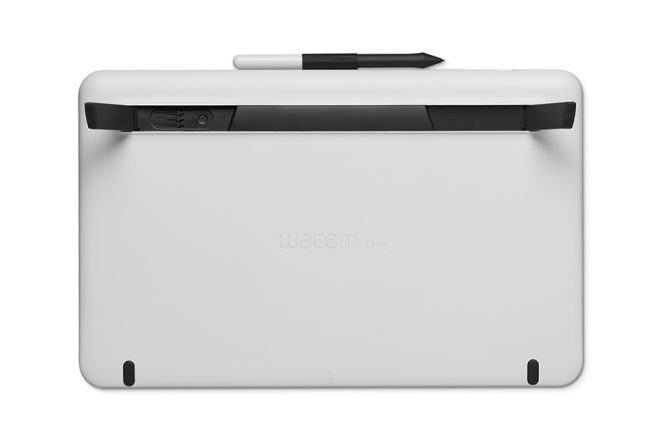 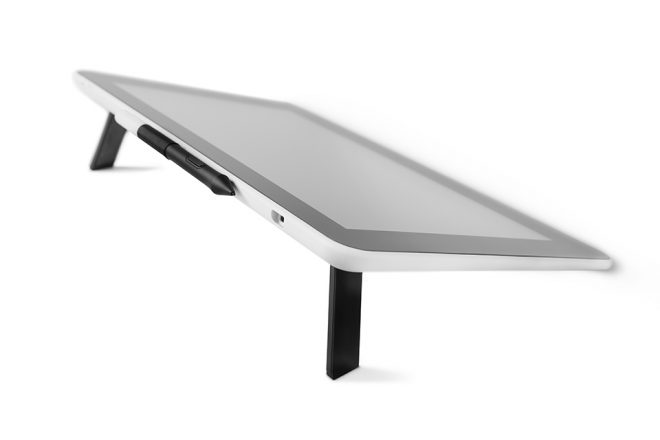 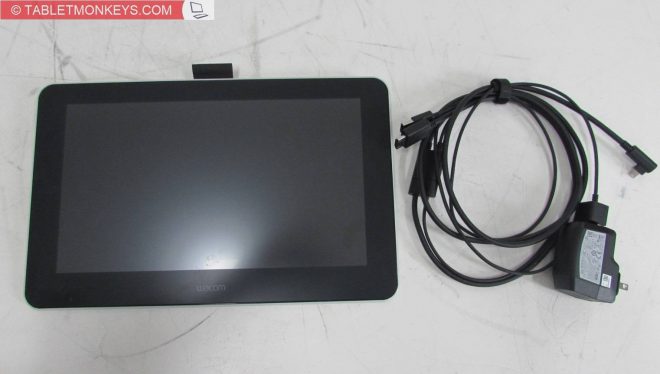