The Samsung SM-T515 tablet that first leaked at the end of December last year, appears to have been benchmarked three times on Geekbench 4 today, at least providing us with the first specs, provided that the benchmarks are legit, and they seem to be.

Samsung SM-T515 ran Android 9.0 Pie in the test, while being powered by the octa-core Samsung Exynos 7 Series 7885 chipset, with 2GB of possibly DDR4 RAM.

Samsung SM-T515 benchmark scores came in at an average of 1280 in single-core and about 4030 in multi-core scores. 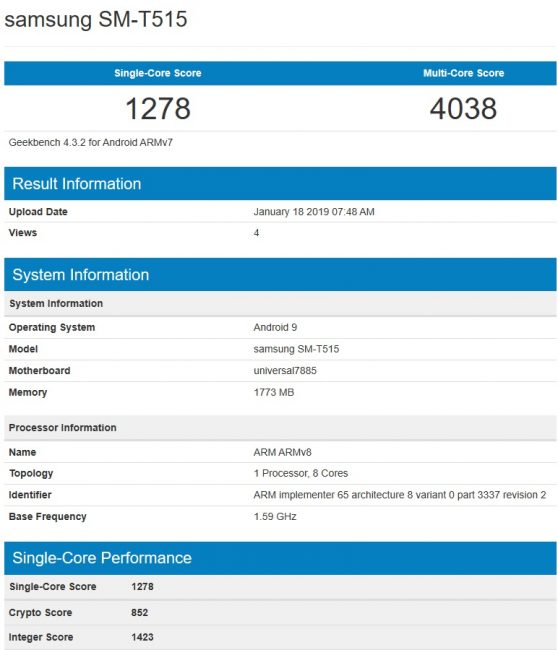 From the first leak provided by Sammobile last month where they also leaked the Samsung SM-T720/SM-T725 series with 64GB/128GB storage options, we are told that this Samsung tablet will be offered in black and silver color options, or black and more or less white, in other words.

Going by past model number series, the Samsung SM-T515 could be a tablet in the 10-inch category, but we will still have to wait for more leaks to confirm that. 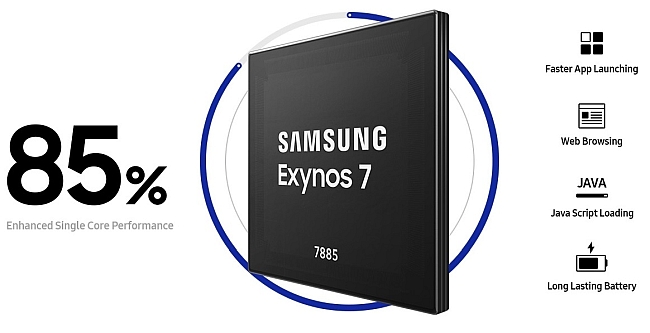