The shock effect after Asus announced its first ZenBook with a screen in the touchpad/trackpad may have settled, but Asus created quite the reaction today when they went even further in this field with the successors that are said to launch in August.

Asus unveiled both a new ZenBook Duo and a ZenBook Pro Duo, both of which features a secondary screen.

The Asus ZenBook Pro Duo (UX581) will probably stand to become the most unique Windows laptop of 2019. 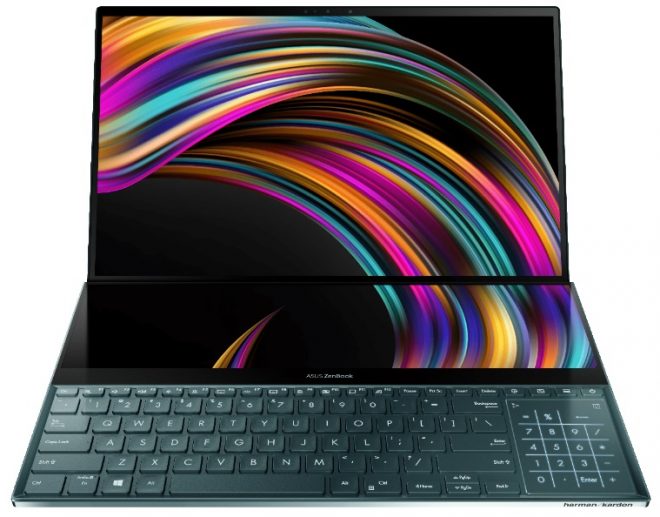 Even the standard 15.6-inch screen is far from normal, featuring a 4K UHD 3840 x 2160 resolution OLED HDR display, and then on the upper part of they keyboard, a secondary 14-inch 4K screen too with 3840 x 1100 resolution, known as the ScreenPad Plus.

It still has a touchpad known as the Asus NumberPad and it too has dual functions.

On top of that, the Asus ZenBook Pro Duo offers top of the line transfer speeds in and out of the computer, with both Wi-Fi 6 and Thunderbolt 3. 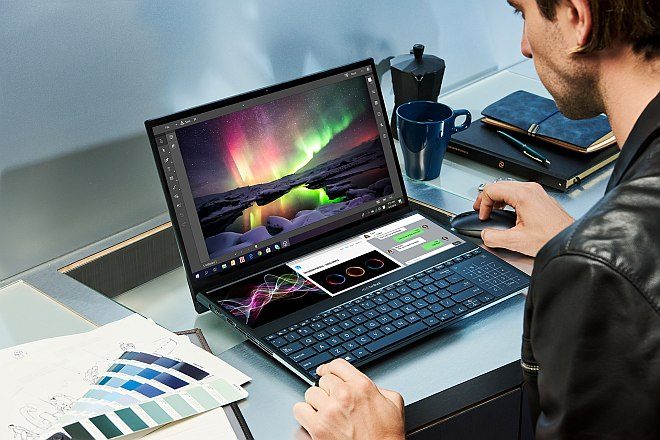 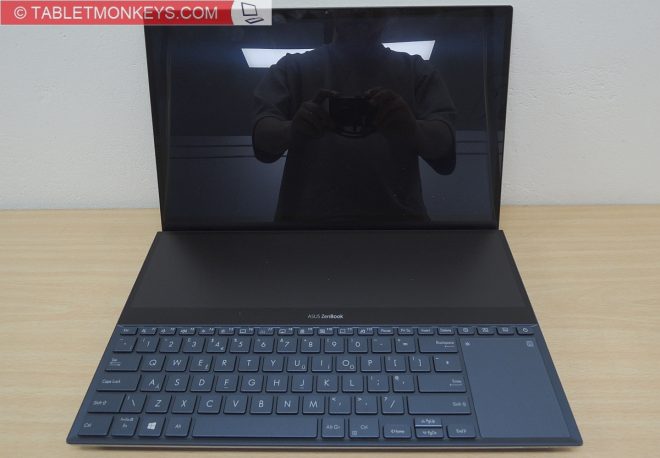