Patents are filed for many reasons. Sometimes because a company plans to actually manufacture something looking like the patented device, other times patents are filed to keep competitors from doing the same, or to force them to pay royalties, or similar business strategies.

We’ll see what could come out of the next patent, but as Liliputing wrote in an article yesterday, Patently Mobile have discovered a patent for a triple display Samsung smartphone.

Samsung have admitted working on a foldable tablet phone that will be launched once Samsung is happy with it, but they have not hinted towards a triple display device like this one before, and there’s been no others sources suggesting something like this is in development yet. Though we’ll keep an eye out for it from now on. 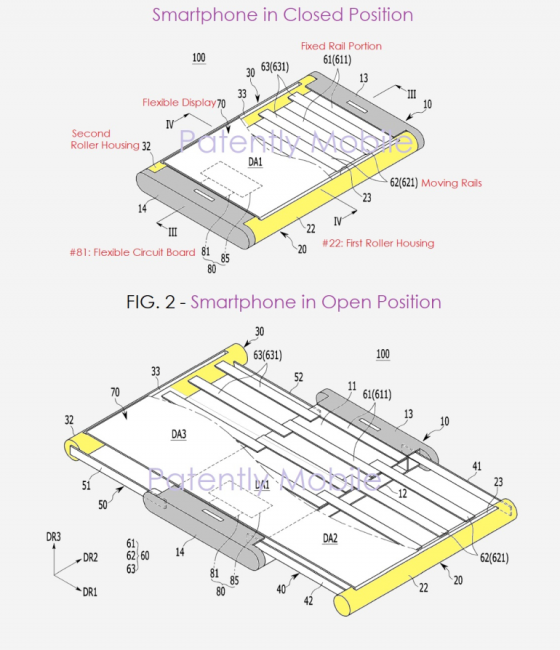