BGA stands for single-package ball grid array and this new SSD storage from Toshiba isn’t just faster but consumes less power than previous NVMe SSD storage units. And at 1.3mm in thickness, this is the world’s thinnest flash storage, making it suitable for tablets and phones.

One reason why it’s faster now, is that it uses the Host Memory Buffer (HMB), a host memory for flash storage which does without the traditional integrated DRAM. 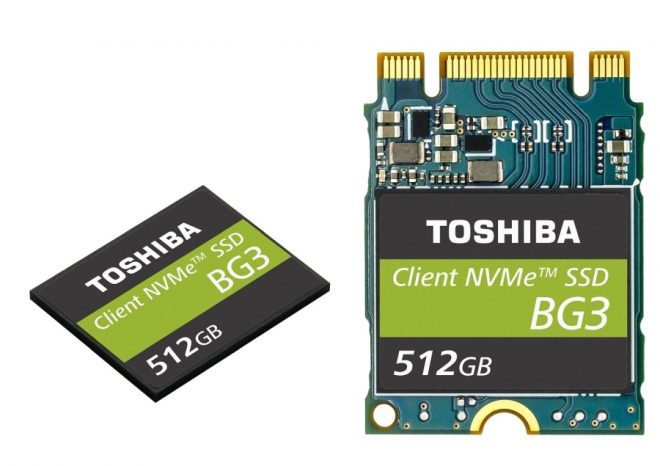 A lot of tablets and 2-in-1’s on the market today run Toshiba flash storage, but Toshiba’s even faster new BG3 SSD flash storage will be demonstrated in California next week, and will find its way into new mobile devices in a few months months.