Toshiba Satellite Click Mini is an 8.9-inch Full HD Windows 8.1 2-in-1 tablet, which is now available to buy, but only as an unofficial import, driving the price up too much:
http://www.amazon.com/Toshiba-Satellite-Click-Mini

It’s a real shame, because it fills a huge gap in the market, as the only other 8.9-inch Windows tablet on the market from a reputable brand is the Asus Transformer Book T90 Chi, which only has a HD display.

When Toshiba announced the Toshiba Satellite Click Mini in January, they said that this 2-in-1 would launch in Europe first, without ever promising to bring it stateside. In Europe the official MSRP is 299 Euro, which is over 40% less than the price of the unofficial US import. 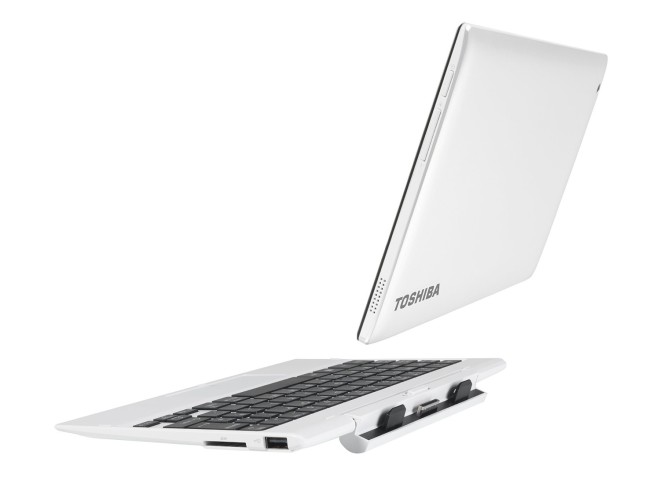 Another good thing about this tablet is the Dolby Digital Plus stereo speakers. But apart from the FHD display and the Dolby audio, and a good battery life, the remaining specs were typical of those we have seen in 8-inch Windows tablet the last 1 1/2 year, like the Intel Atom Z3735F processor, 2GB of DDR3L RAM, 32GB storage (128GB microSD support), a 2MP front cam, and a 5MP rear cam, one micro-USB 2.0 port on the tablet with another one on the keyboard, and a micro-HDMI port.

But the price was the real driver, so unless Toshiba decides to officially import one of their most interesting tablets to the US themselves, this one will stay on the shelves at this price. 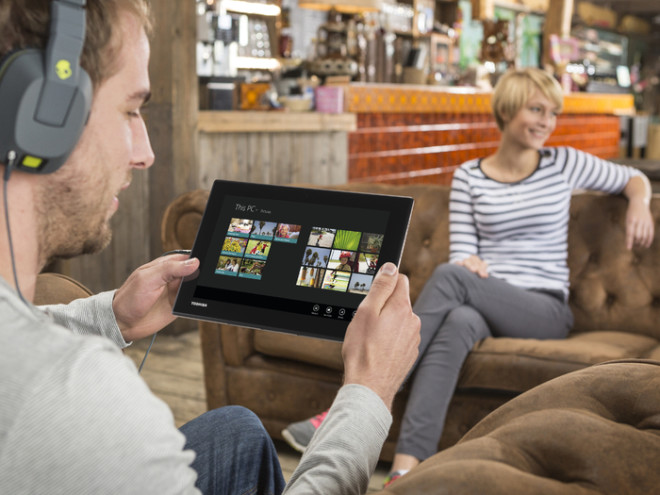