Toshiba announced its 2018 Windows 10 lineup today with 6 evolved devices, but totally without any actual detachable 2-in-1’s or tablets this year.

Instead Toshiba have focused on developing existing devices both on the inside and on the outside, with some of their 2018 laptops being distinctive in the laptop space right now. On the inside though it’s mostly just an upgrade to the 8th gen Intel Core U-series processor, and Thunderbolt ports on many of their devices. 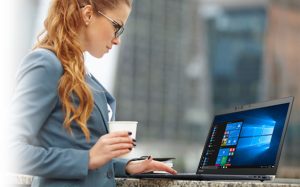 At the same time, Toshiba continues to advertise its work with storage units too, which is not so strange considering that Toshiba storage is used in anything from iPhones to many a tablet computer. But right now Toshiba advertise the portable hard drive Canvio which has up to 3TB of storage.

The 6 laptops announced today however are these:

Portege X20W
Called a 2-in-1 but really just a revolving convertible at 12.5 inches with digitizer support and IR camera

Portege X30
A 13.3-inch notebook made with a magnesium body and a weight of 2.31lbs. The fingerprint reader on it is located on the touchpad.

Tecra X40
A 14-inch notebook made with a magnesium-alloy body and what Toshiba calls a ultraportable dimensions. At 16.9mm it is thin for a laptop, but very far from breaking any ground in 2018 considering that the thinnest laptop of 2018 is under 10mm thick. 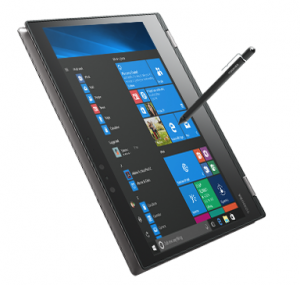 Tecra A50
One of Toshiba’s two budget 15.6-inch Windows 10 laptops with less attention to style, and more on price, but still with spill-resistant keyboard and optical drive.

Tecra C50
And finally the cheapest 15.6-inch of the bunch, the starting at under $600 with just 4GB of RAM and not much special elsewhere either.

It’s something of a loss that Toshiba pulled out of the tablet market, since they had some really interesting tablets that very few of their competitors had, like for instance 7-inch and 8.9-inch Windows tablets.