Lenovo announced the modular tablet Lenovo ThinkPad X1 Tablet today, which will launch in February from $899 Lenovo said at CES in Las Vegas today. (UPDATED: This tablet became available in limited supply first in May 2016). http://www.amazon.com/Lenovo-ThinkPad-Switching-Technology-Notebook/

ThinkPad X1 Tablet has a 12-inch screen with 2K resolution (2160 x 1440) with a 3:2 screen ratio, and is powered by a choice of the latest 6th generation Intel Core m5 or m7 vPro processor, with up to 16GB RAM, and up to 512GB storage. But what makes it a unique tablet is the fact that it has modular objects you can attach to it, to make use of a laptop, projector, or a 3D camera from the tablet. This comes in addition to a “modular” battery.

The 3D camera is the regular Intel RealSense camera that can capture objects in 3D, useful for things like 3D printing, or when making models. 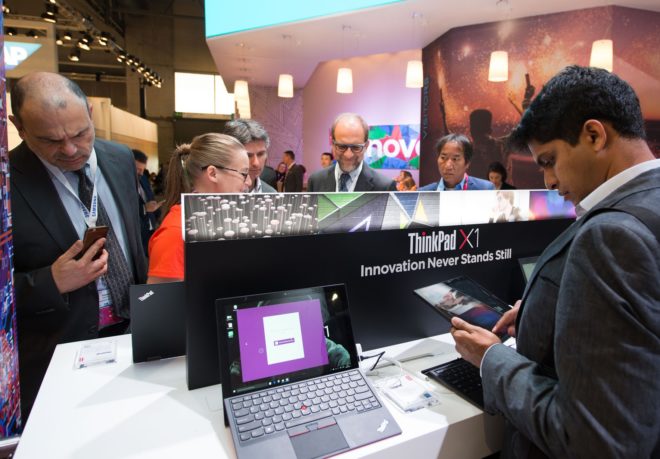 The 3D camera and battery costs $149, while the projector module costs $279. In addition to the modules, it also has active digitizer support for an optional $50 pen.

The specs of the Productivity Module includes a full-size USB 3.0 and HDMI-port, a OneLink+ docking connector, and a 5-hour battery booster. This increases battery life from 10 to 15 hours. The tablet has a full range 2×2 Wi-Fi cover, and a USB Type-C power delivery. 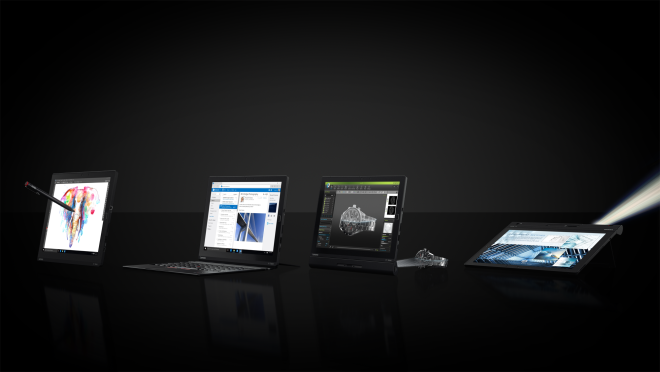