Having two operating systems on the same tablet doesn’t affect the price, so the only thing it affects is the space of the built-in storage.

When the first B2N3 model came out in 2016, some developers reported possible minors issues in the beginning before the first OTA updates came out. All of these issues now appears to have been resolved with the new Teclast X80 Power B2N4 model. This new model doesn’t just have the latest software updates, but also a new Toshiba storage unit, which is about twice as fast as on the predecessor. 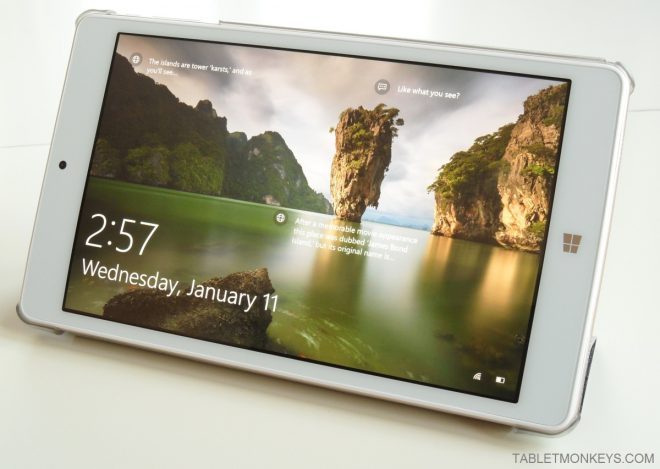 Dual-OS
You can select what OS to run either from the start when you power it up, and you will get two choices, although these choices can be preset so that you don’t need to go through that process each time. You can also simply change the OS when you are already in Windows or Android. And this process only takes about 20 seconds.

At the time of the writing, the Teclast X80 Power runs 64-bit Windows 10 Home, and Android 5.1 Lollipop, both without any bloatware. After the first update, about 6.8GB was left on the Android partition, and 5.2GB left on the Windows partition. But Teclast X80 Power supports microSD cards up to 128GB in Windows and 64GB in Android. 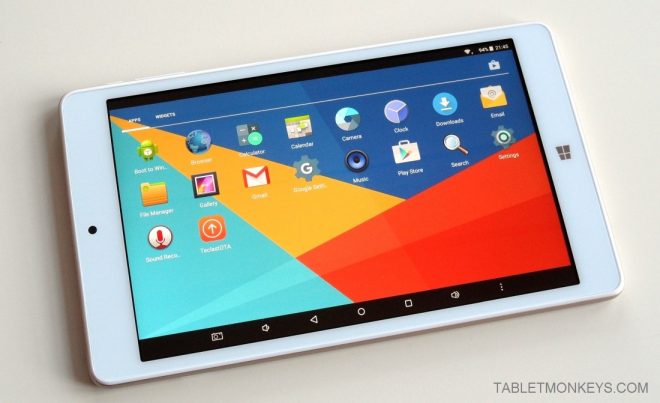 Design and Quality
Teclast X80 Power has a gold/champagne colored all metal unibody with white front bezels, and a back that has good friction when holding it. It is very stable and rigid, even when I tried to twist it, so it feels very solid and well built. It’s also well balanced in the hand, so it can be held well from all 4 sides.

It is only 7.2 mm thick and weighs 328 grams, which makes it the cheapest of the very slim tablets on the market at the start of 2017. It has a microSD card slot which is covered by a rubber plug to protect it against dust when a card is not in use, and it has a micro-USB 2.0 port, a micro-HDMI port, and a 3.5 mm audio combo jack. 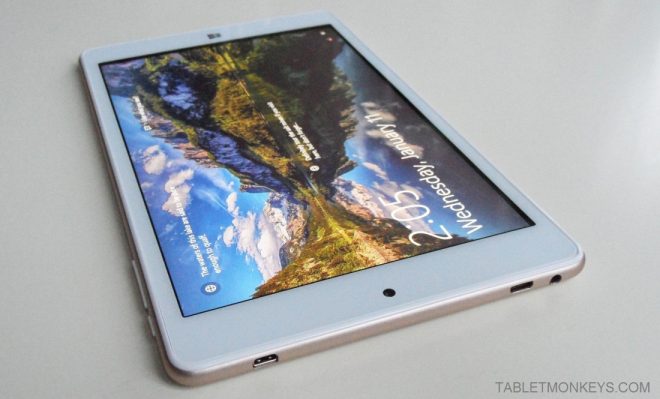 Performance
Now that the 32GB internal storage on the Teclast X80 Power have been replaced by faster storage from Toshiba, the read and write speeds have gone up considerably, as you can see in the read and write tests, where the storage is now performing nearly twice as fast as before.

In Geekbench 4 the single-core score have gone up to 913 too, an improvement of 30%, although the multi-core score have become more cautios at around 2067 when tested in Android. The RenderScript score came in at 3756, knocking out the Nexus 9 and Galaxy S7. The AnTuTu benchmark score is over 62000 and nearly the same as before since the processor is still the same.

What all of this means is that performance is smooth and good when browsing the web, running utility apps, playing lighter games, and streaming YouTube videos. In Windows 10, I was able to stream two 1920 x 1200 resolution YouTube videos simultaneously, through Microsoft Edge, and they both ran smoothly. I also ran the test seen in the video below to show how the Teclast X80 Power could smoothly run a 4K GoPro video on YouTube without any stutter, so you can in fact run 4K videos smoothly on this 8-inch Windows 10 tablet.

Teclast X80 Power can even drive USB peripherals and external displays. But the Intel Atom “Cherry Trail” processor, the GPU, and 2GB of DDR3 RAM will be slowish if you want to play the most graphic intensive new games at 30 fps of higher in Full HD or higher. So that’s where the limit is, but that’s normal.

Display
The screen of the Teclast X80 Power is one of the highlights. It has a beautiful 8-inch screen with a Full HD 1920 x 1200 resolution display, which gives the display a densitiy of 282 PPI. 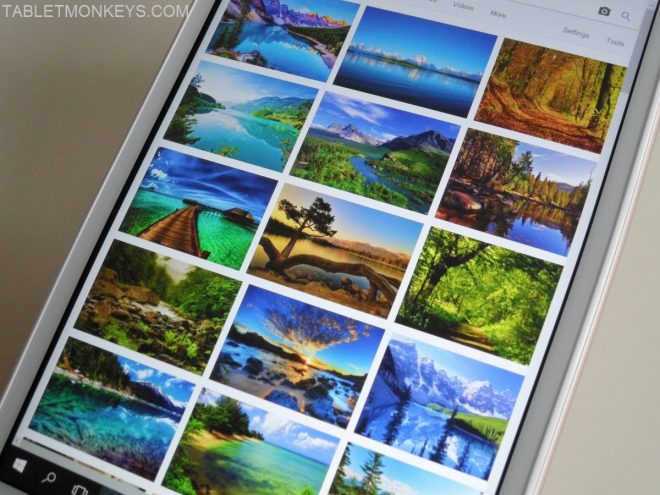 It has a wide-angle IPS panel with good viewing angles and a Windows button on the bezel underneath the display. The screen is very sharp, with rich colors and very good color calibration and contrast, with the ability to distiguish color nuances well and accurately.

With a maximum brightness of just over 150 lumens, the screen could have been brighter. But display works well indoors, and it has good anti-fingerprint coating and no particular glare or reflections.

The touchscreen also responds well, so this is a great tablet to browse through images on or watch movies and TV-shows on. All images and videos really comes alive on this tablet, so the viewing experience is very pleasant. 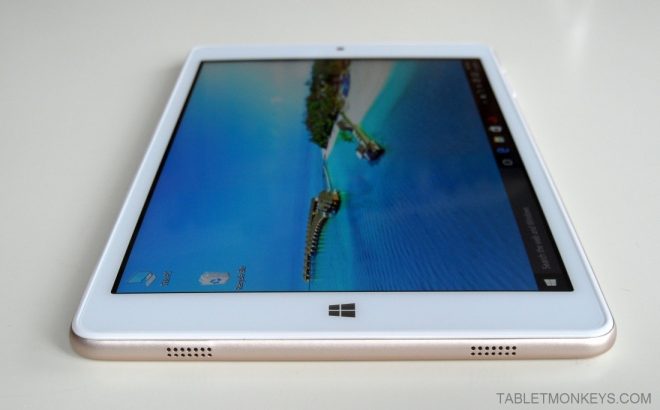 Sound
It has two modern design perforated speaker outlets at the bottom of the tablet (in portrait mode). The volume is high enough relative to the sound quality. The sound is OK for games and notification sounds in apps, but if you want to listen to music or watching videos much, you will notice that these are tablet speakers, so the use of headphones or speakers is recommended, although you can listen to vocals quite well and it appears to pick up and put out most audio frequencies in a song. The speakers are clear though, and with some songs you can feel the bass to some extent even, but there is obviously not much heavy bass to speak of, with this being a tablet.

Cameras
To be precise, this tablet has a 1.9MP front camera, and a 1.9MP rear camera, both of which will record 720p videos too. Both cameras act similar and require a lof of light, otherwise the images will appear very grainy. The cameras works the best when objects are fairly close by, but perform poorly otherwise. The cameras work for video chats though, as they do not distort the images with any fisheye effect, and the frame rate is as it should. So it’s mainly that the cameras need a lot of light. 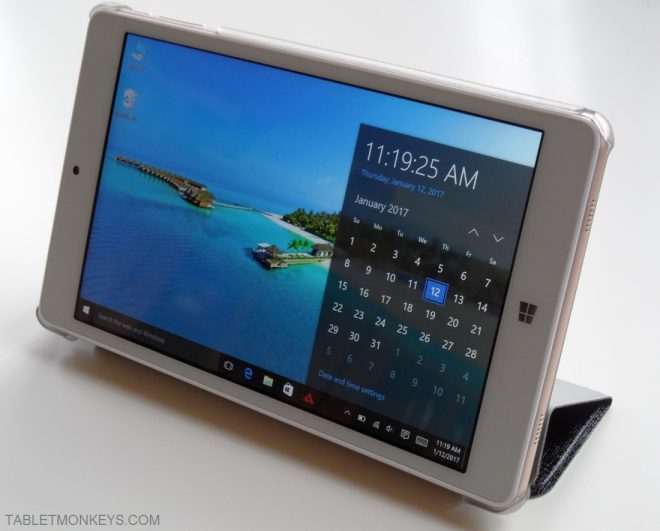 Battery
Teclast X80 Power has a 3800 mAh battery which at full brightness gives it a video playback average of 3 hours and 52 minutes. Short battery life is unfortunately the standard on 8-inch Windows tablets, as even the HP Envy 8 Note that is now out of production, also had just a 4000 mAh battery capacity. Battery life lasts slightly longer when running Android than Windows, but with browsing the web actively with the Wi-Fi on in Windows, the battery life will be just under 3 hours long.

Charging the Teclast X80 Power takes under 2 hours, as long as it’s turned off and charged with charger more powerful than a 1A charger. So go for a 2A 5V USB charger. If the tablet is turned on during charging, it will take under 4 hours to charge up fully, but it depends on what you are running on the tablet during charging too.

Onda V80 Plus has a 4200 mAh battery capacity, with up to 40 minutes more of web browsing, it has more lumens on the display, although the display is not as sharp as on the Teclast tablet, and the Onda tablet also has lower benchmark scores otherwise.

Cube iwork8 has an even shorter battery life, with a 3500 mAh battery capacity, but with higher brightness on the display if that’s important. It’s also made of plastic, so it doesn’t look or feel as solid as the Teclast tablet. 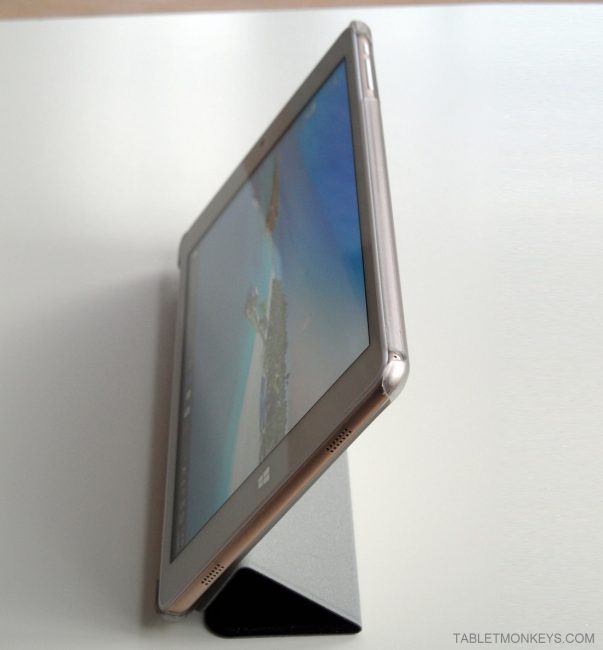 Teclast X80 Power Cover / Case
Teclast have also made their own optional protective Teclast X80 Power case that suits this tablet perfectly, which has a microfiber interior that covers the screen, and a clear plastic cover that protects the back of the tablet, while still leaving all the right ports, speakers, and mic open. This case works as a stand too in landscape mode. 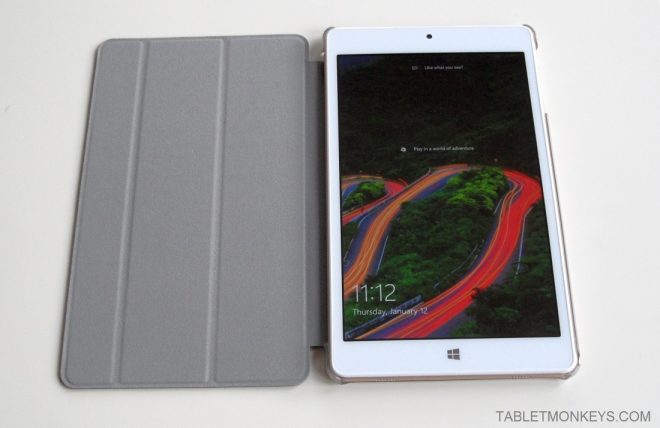 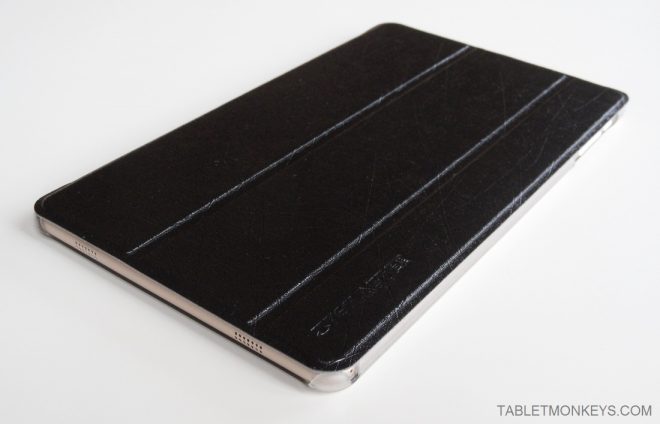 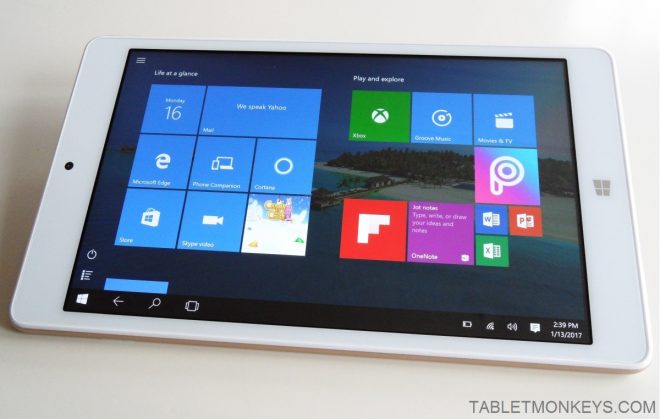 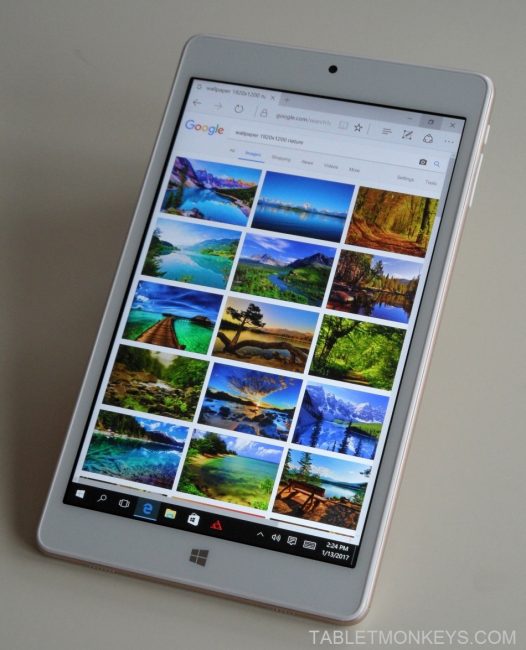