Teclast is celebrating an anniversary of theirs by launching their very best Android tablet to date, with the Teclast Master T10, or Teclast T10 for short. Teclast will officially launch their new tablet at an event on August 25th: https://www.gearbest.com/promotion-teclast-10-special-1573.html

This is the same Teclast T10 that we wrote about once it was benchmarked in July with pretty attractive specs.

Two things that have traditionally been of poor caliber on Chinese tablets have been cameras and battery life, but that has changed on the Teclast Master 10 which has a F2.0 13MP rear camera and 8MP front camera.

The battery life too is an acceptable 8 hours from a 8100 mAh battery with Quick Charge. It will be interesting to see the cameras in practice, but if the sharp 13MP camera of the new Cube X5 is anything to go by, then it could be on track to be the game changer I had hoped for from Teclast. 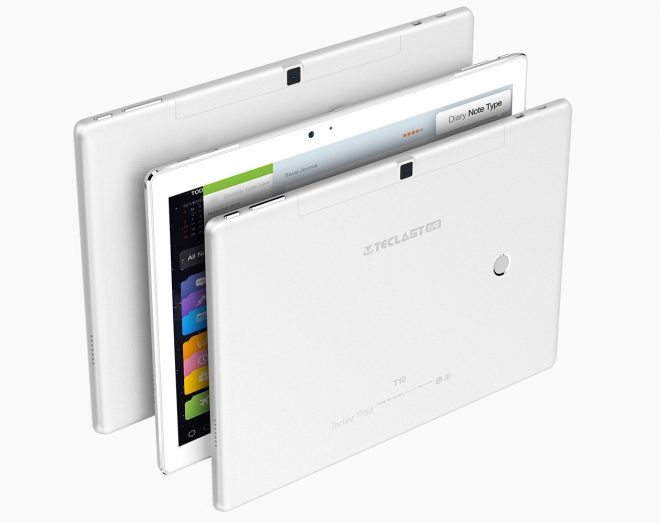 Teclast T10 is powered by a hexa-core 1.7 GHz – 2.1 GHz MediaTek MT8176 processor with a IMG GX6250 GPU which achieves higher benchmark scores than Intel Celeron powered tablets these days, making this one of the most powerful Android tablets on the market. It has 4GB of RAM and also 64GB of storage, with support for microSD cards up to 128GB.

The 10.1-inch screen has a a high 2560 x 1600 resolution too, and while Teclast have had several great tablet displays, this one should be their best as the screen comes from SHARP, which is one of the best tablet and computer display manufacturers, with silky touch touchscreens and anti-fingerprint coating.

With a AW8376 amplifier, the sound from the stereo speakers could be much better than what we have been used to as well. On the back of the Teclast T10 there’s also a fingerprint reader for logging in quickly with touch-ID.

Of the other important specs, the Teclast T10 has a micro-USB 2.0 port, a 3.5mm audio combo jack, and a micro-HDMI port, as well as GPS and BDS sensors.

The tablet itself is built by a CNC process with what looks like a smooth and functional design, and it weighs 550 grams and is 7.5mm thick, so it’s pretty slim and portable for a 10.1-inch tablet.

The launch price is around $250, but more details will be announced during the launch in 1 1/2 days. 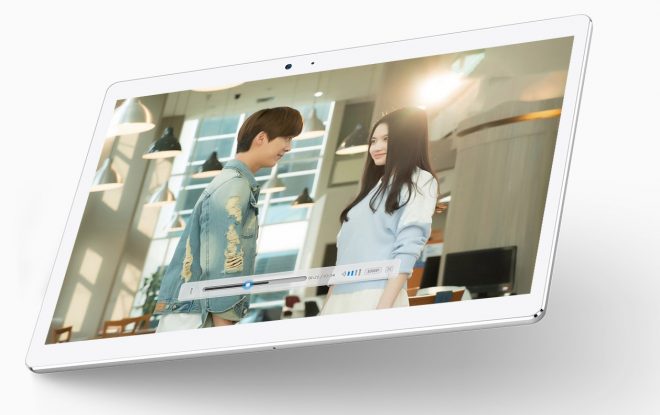 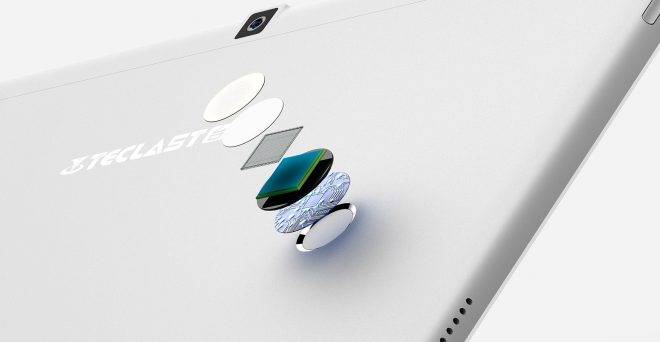 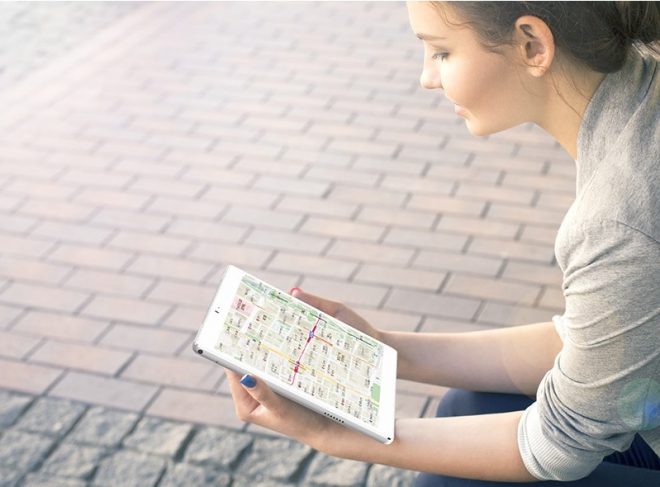 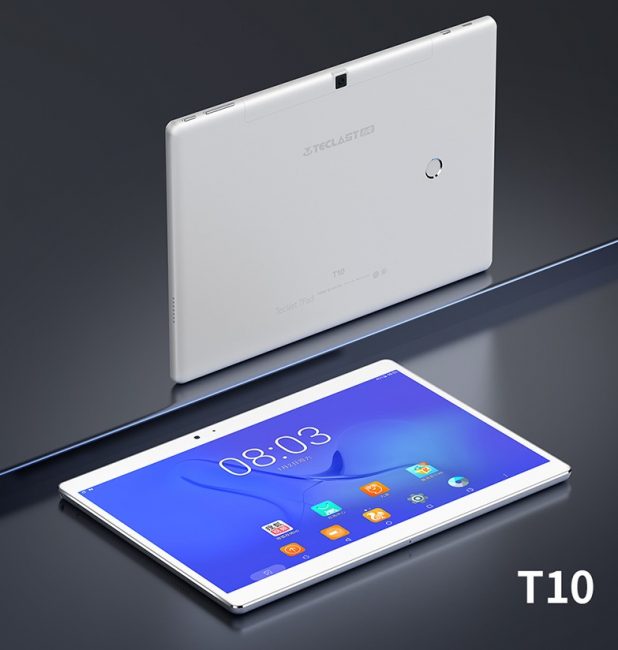 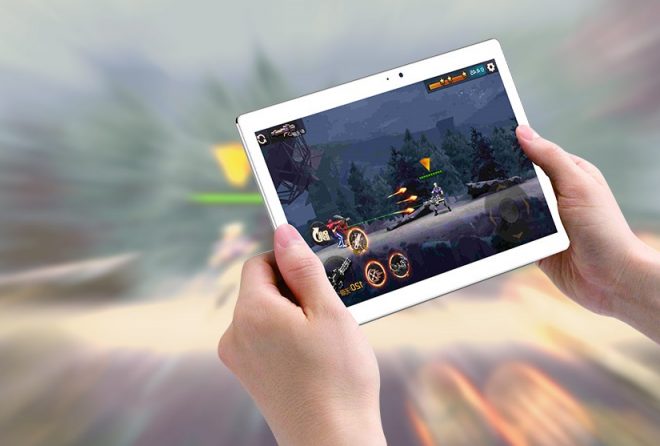