Teclast has introduced a new tablet keyboard which is generally compatible with all tablets up to 11 inches, whether it’s and Android tablet, Window tablet, or an iPad, since it connects through Bluetooth.

The tablet keyboard is called Teclast KS10 Keyboard and it will start launching between November and December.

It can be used with other Bluetooth supported input devices too, such as smartphones, and can even then even be used side by side with a tablet. 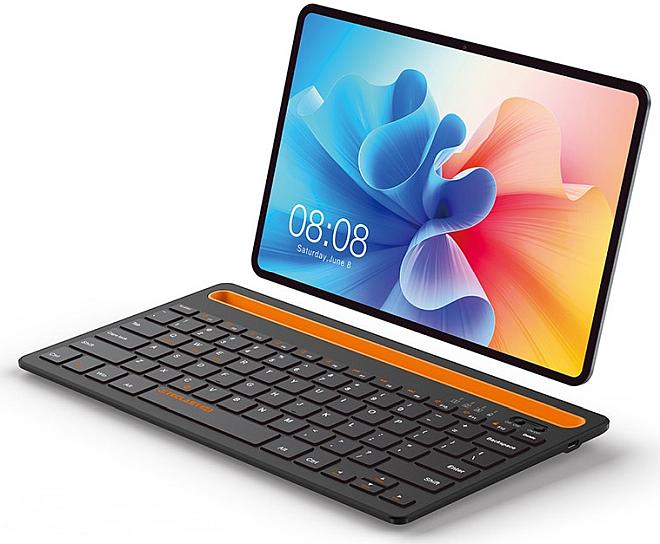 Theoretically you could fit an even larger tablet than an 11-inch one into the stand in portrait mode, but the result would be that the tablet and keyboard combination would be prone to falling backwards, as there would be no support to hold it up on the back.

So the slot is 270mm wide and Teclast recommends that people don’t put anything larger than an 11-inch tablet into the KS10 keyboard. There’s a micro-USB port on the keyboard for charging the keyboard with.

The keyboard is reminiscent of the earliest Samsung Galaxy Tab keyboards from 8-9 years ago. But it seems that this keyboard design has a greater chance of catching on today than it did back then. 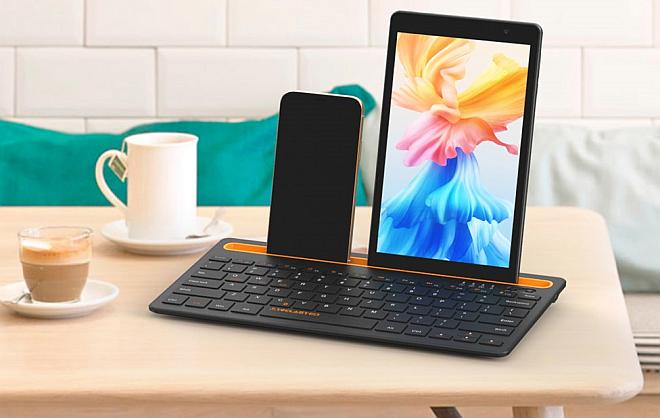