TCl / Alcatel have received the approval from the Wi-Fi certification body recently for three new tablets, one of which appears to have edge upwards from TCL’s regular tablet level.

Two of them are just entry level tablets with the model numbers 9013A and 9013X, with specs at a level so low, they’re launching with the Android 10 Go version.

The third TCL tablet, called TCL Apollo 8 4G LTE has a bit more to it though, and it will launch with the regular Android 10 and Wi-Fi 5.

Some of these TCL tablets have launch with Qualcomm processors the last couple of years, and they’ve been relatively cheap too. But as we know, TCL may also decide to launch tablets at the other end of the spectrum in the future too, like a foldable 5G tablet phone with very specs. 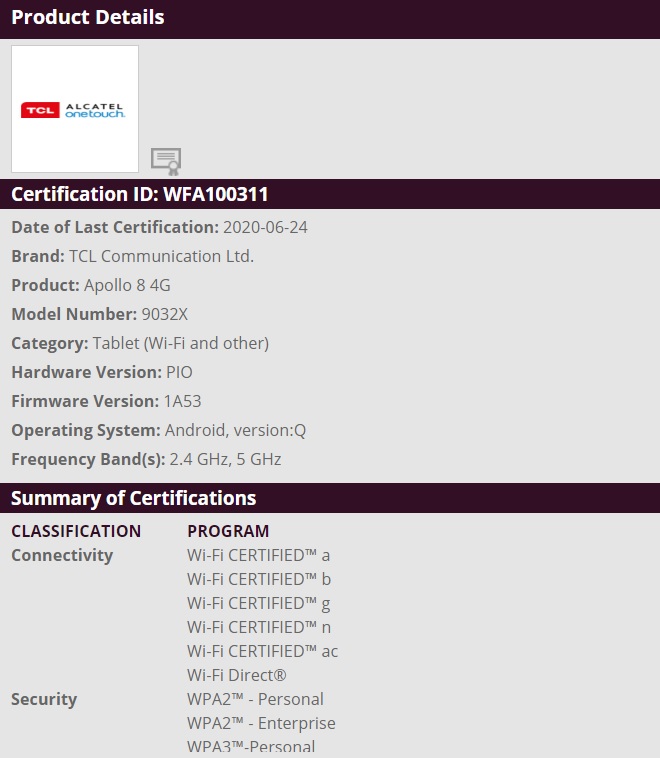