In what will feel like an overeager attempt by banks to prevent fraud on behalf of their account holders, several US banks have stopped the payments for clients who pre-ordered the upcoming Microsoft Surface Book or Surface Pro 4 from Microsoft Store, the official Surface store:
http://www.microsoftstore.com/store/msusa/en_US/cat/All-Surface/

The reason appears to have been that these account holders haven’t been charged such big ticket items before, so naturally some banks automatically flagged their orders as fraud and thereby cancelled their pre-orders when the banks failed to get a validation from their clients within time.

Microsoft is said to have become familiar with the issue and some people in customer support have helped out their customers after the bank clients have spoken to the bank and raised the limit of their transactions or changed payment method. Others have simply used another card from another bank to pay for the transaction, thus getting the order back on track.

I feel bad for those unlucky customers since I know how much they have been looking forward to the arrival of the best tablet computers on the market. But then again, the most expensive model of Surface Book that was added to pre-order two days ago costs $3,199, so it’s no wonder why some of these transactions are flagged for some bank clients. The cheapest Surface Pro 4 model still begins at $999 though.

While the official Surface store is Microsoft Store, the Surface Pro 4 is also available for pre-order from Amazon

as well, so people have some options about where to buy this Windows 10 tablet from. The Surface Book meanwhile is only available from Microsoft Store 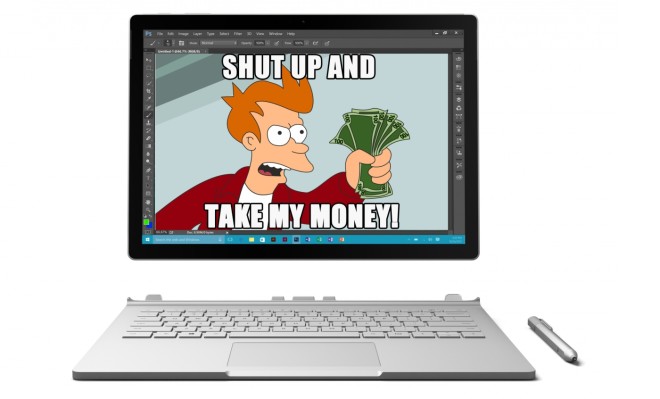