Sharp Japan announced a TV tablet with the name Sharp Aquos Famiredo yesterday, at 16 inches. The tablet will be launched in Japan on November 15, making it yet another large screen tablet to hit the market at in Q4 2015.

A lot of people are already using their tablet as a TV, depending on whether or not the media content delivery service enables streaming and DVR access through an app or even just direct access. So, the concept isn’t new, but Sharp’s idea is that their tablet will enable this kind of service independent of your existing DVR or TV service.

Spec wise this isn’t a tablet that will have you drooling, with a 16-inch screen with only a 1366 x 768 resolution display. But the tablet is waterproof, as a testament to Japanese build quality. 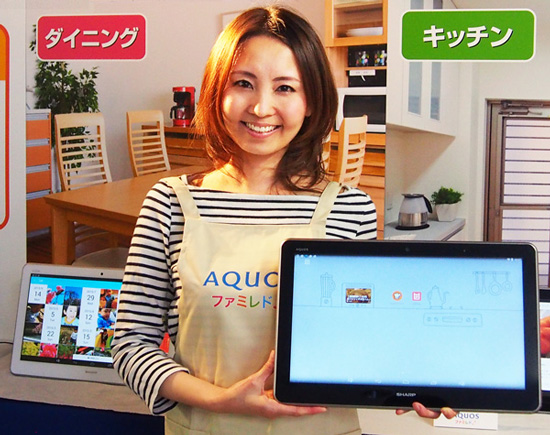 This is how it works

Also hampering the tablet side of it, is the Android 4.4.4 version, which doesn’t really help it much. But then again Sharp estimates that they will only sell a couple of thousand of these waterproof tablet TV’s a month.

The processor is a quad-core 1.6 GHz Rockchip RK3188 processor and it has only 1GB of RAM too. Battery life is 5 hours long, which is poor by any standard, though it should be enough to watch two movies at home, since this tablet is more a portable TV than an attractive and versatile tablet.