One month ago, Samsung announced the Samsung Wireless Charger Trio that can charge three devices simultaneously from the same wireless charger. Well good news, as it’s now heading towards the US where it will be released on October 16 for $89:
https://www.amazon.com/Samsung-Wireless-Charger-Trio-Black/

The Samsung Wireless Charger Trio (EP-P6300) has started taking pre-orders ahead of launch for both the black and white editions.

It can charge wirelessly charging devices, which from Samsung includes a lot of their phones, smartwatches, and even some of the earbuds. For smartphones it’s compatible with cases as long as they’re not over 3mm thick. 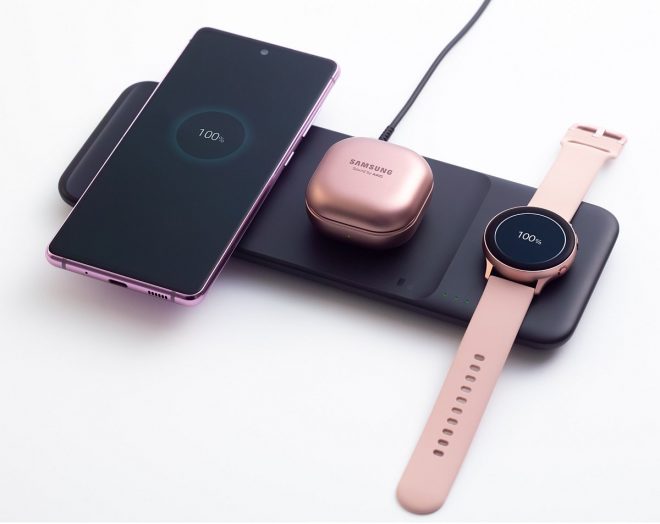 Samsung has gone for a higher degree of connectivity on their new wireless charger too, as it has six coils inside that will make it easy to get a device properly connected and charged. The LED lights will light red when they’re charging, flash red if the device isn’t placed properly, and light green when it’s done charging.

Dimming of the LED’s is even possible for those who own smartphones from the Galaxy S10 series onwards.

Naturally, the Samsung Wireless Charger Trio can be used with some of Apple’s products too as it’s compatible with wireless fast charging at up to 7.5W with Apple’s devices. A 25W travel adapter is included. 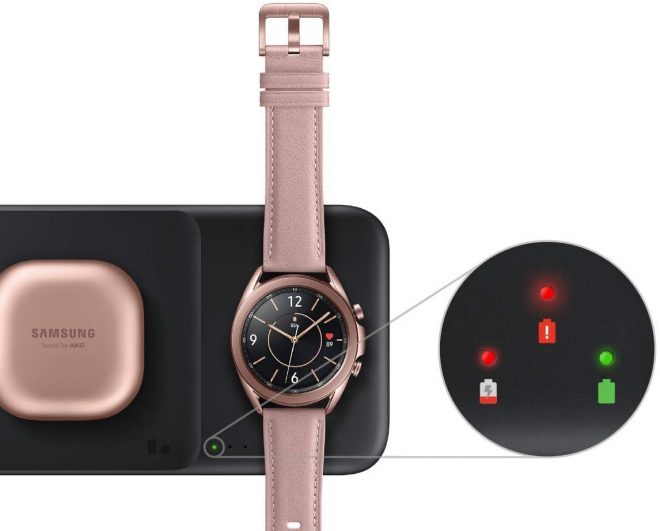 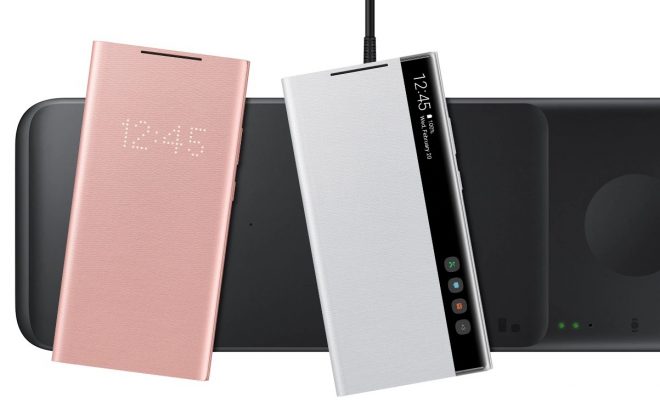