There are now some great sales on a lot of Samsung tablets on sale for Black Friday Deals Week between November 20 – November 26, even on Samsung tablets that have just been launched such as the Samsung Galaxy Tab A 10.1 With S Pen (SM-P580) which was launched for $349 just weeks ago but is on sale for a few days this week for just $249.

That’s a good tablet deal for an octa-core Android 6.0 tablet with a large 10.1-inch screen and a Full HD resolution display, 3GB of RAM, and probably the longest list of features on any Android tablet yet.


But this Samsung tablet with Android 6.0 still has the same octa-core processor and 10.1-inch screen with 1920 x 1200 resolution. And with 2GB of RAM, that makes it a little cheaper too. The Black Friday Week Sale on Samsung Galaxy Tab A 10.1 cuts the price massively, down from $299 at launch, to just $189 right now. 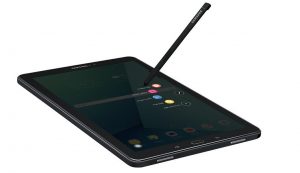 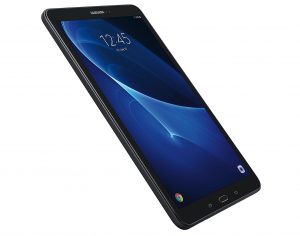 Another great Samsung tablet on sale for the Black Friday Week is the larger but still very portable Samsung Galaxy View 18.4, a house tablet that is very useful once you get accustomed to the idea. This is more than just a large 18.4-inch Android tablet. It has decent hardware actually, a Full HD 1920 x 1080 resolution display, a mid-handle to make it portable, several specially fitted apps, and it can be used together with Android smartphones where the phones can act as gaming controllers when playing games on this tablet.

Samsung Galaxy View 18.4 was launched for $549 but is on sale for $397 from the start of the Black Friday Deals Week.

Another great Samsung tablet on sale at the end of November is the Super AMOLED 12-inch Windows 10 2-in-1 tablet Samsung Galaxy TabPro S in black or white, with keyboard cover included. Launched for $899, it is now on sale for $699, but the discount is not added not before checkout it would appear.

Samsung Galaxy TabPro S is powered by the powerful 6th gen. Intel Core m3 “Skylake” processor, which makes it powerful yet portable and battery frugal, and silent too since it is fan-less. It has 128GB of storage, 4GB of RAM, and an award winning display with 2160 x 1440 resolution, and proper pen support. 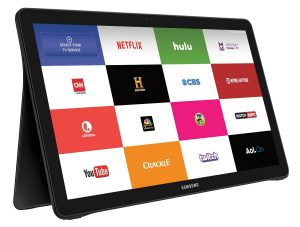 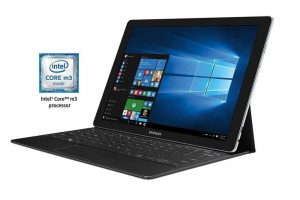