In South Korea, Samsung has a series of smart hubs to control the modern smart home with called the Samsung Wall Pad. This is basically a series of small tablets that are installed on a wall, with some limited and focused features for that specific purpose.

But based on the latest images of the new Samsung Wall Pad that we are looking at here, it looks like Samsung is finally beginning to move towards integration of the Wall Pad lineup with the Galaxy Tab ecosystem.

Some of the big tablet names have been on the path for 3-4 years already, with Lenovo in particular, but Samsung have been lagging behind in this area, though they have attempted an occasional dock with a mix of speaker and smart features now and then. These tablet docks have generally been lacking direction though, with some being geared towards productivity, such as Samsung DeX, with other tablet docks being geared towards entertainment or smart features instead, but then lacking productivity features.

It would be beneficial for Samsung Galaxy users if Samsung would focus it all and become more consistent with all of these dockings, so that we could get even more use out of our tablets. 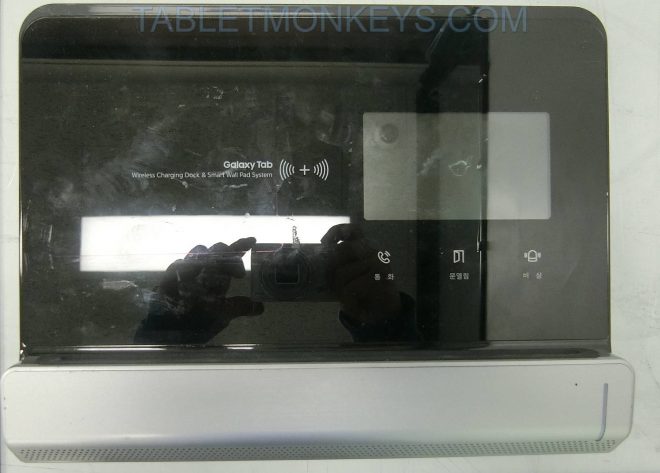