Up and coming tech leaker Dohyun Kim gave us a heads up a few days ago when he hinted that he would leak some new info for the upcoming three Samsung Galaxy Tab S8 tablets.

What they reveal though is the first look at the features, which has really only been the remaining interesting and missing detail at this point.

Samsung is introducing Wi-Fi 6E for the first time on a tablet, so that will boost Wi-Fi bandwidth and speeds a bit.

For video calls, the Tab S8 tablets will also feature the type of increasingly common background manipulations, where users can chose a different background other than the real one during video chats by using the UW Front Camera feature. The actual background can be replaced by a color, or just be blurred out.

When other companies tries this nowadays, it looks very artificial, and most people get distracted by just how unnatural it looks. So it will be interesting to see if Samsung has managed to fix that problem.

Dual screen and video recording during calls will also be featured on the tablets, and using facial recognition, Auto Framing of multiple faces is intended to focus on everyone’s faces in the chat.

The Samsung Galaxy Tab S8 digitizer pen will also feature reduced latency, at just 2.8ms for the S8 Ultra and S8+, and 6.2ms for the S8 tablet.

All three S8 tablets will support chargers up to 45W too, which will charge all tablets in 80 – 82 minutes.

Unsurprisingly, the Samsung Galaxy Tab S8 Ultra will also feature a large trackpad for the keyboard given the size of the 14.6-inch screen.

Samsung announced a Galaxy Unpacked event for February 8 earlier this week, so that’s where we’re most likely to see the unveiling of these tablets. 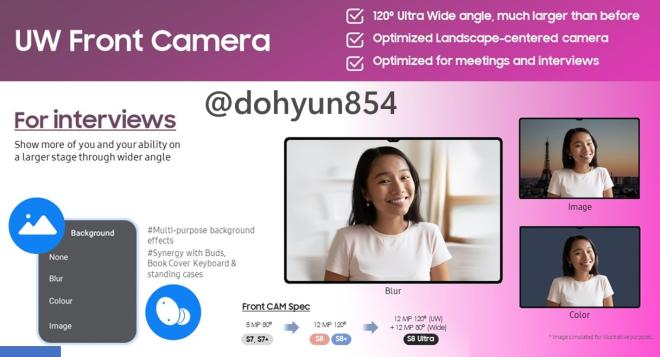 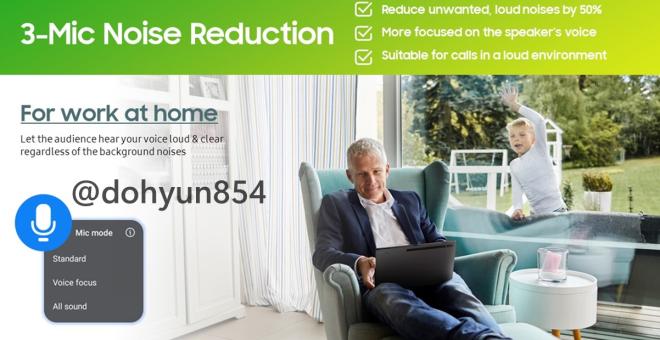