The Samsung Galaxy Tab S6 Lite started leaking as the Samsung SM-P615, which made all of us wonder if this tablet was only going to be launched as a 4G LTE version.

But today the Wi-Fi only version (Samsung SM-P610) was registered as certified by the Bluetooth certification body too, which tells us that this tablet won’t just be launched with the cellular carriers as a few tablets are, but will be available as a regular retail model.

No new specs leaked for the SM-P610, so we’ll have to make do with the specs that have already leaked for the Samsung Galaxy Tab S6 Lite, such as a Samsung S Pen digitizer, Android 10, an octa-core Samsung Exynos 9611 processor, and 4GB of RAM. 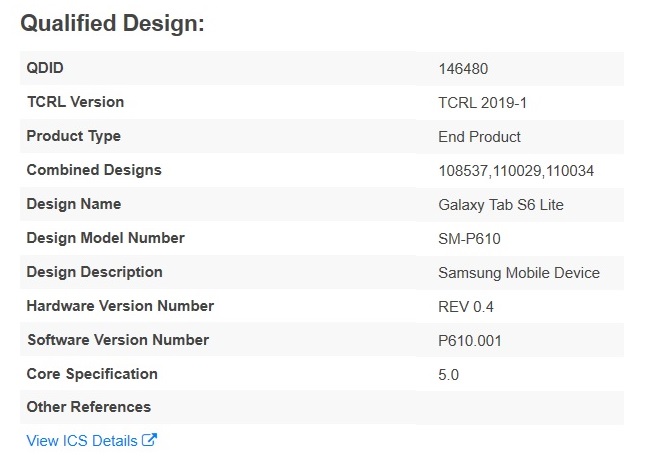