The upcoming new Samsung Galaxy Tab A2 Xl was listed as Bluetooth certified today, with the model number Samsung SM-T595. This is the 10-inch Android 8.0 tablet that have been rumored since the start of 2018, when this Samsung tablet was believed to succeed the Samsung Galaxy Tab A 10.1.

The SM-T595 model should be the 4G LTE model, whereas the Samsung SM-T590 model was reported as certified in Russia in May, without any specs leaking out in the process. 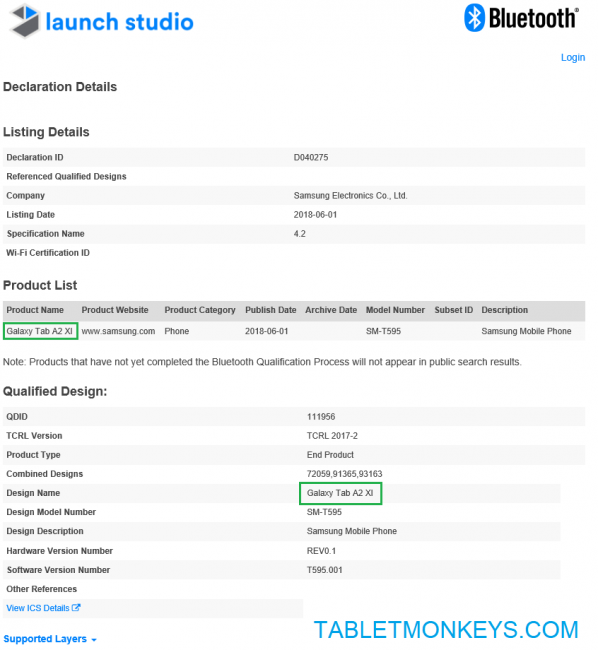 The only specs that leaked for Samsung Galaxy Tab A2 Xl today, was its Bluetooth 4.2, so from that information we can probably infer that this upcoming tablet is not a new flagship tablet in any way. The codename for this Samsung tablet has been known to be gta2xl, so the name isn’t much of a surprise.

The Samsung Galaxy Tab A 10.1 (2016) is a good tablet in itself, particularly for a 2016 tablet for a low price. But after two years in the market, it’s understandable that Samsung still needs to upgrade on it, and in the process bring with it Android 8.1 on the Samsung Galaxy Tab A2 as well.