It’s been many years since I’ve seen bundles like this one, but for today only it seems there’s a bundle deal on Amazon where the tablet Samsung Galaxy Tab A 10.5 is bundled for free with the Samsung Galaxy Note 9 smartphone with 512GB storage, as noted by PCWorld magazine today:
https://www.amazon.com/Samsung-Galaxy-Factory-Unlocked-Midnight/dp/B07MXJ832C

These are unlocked version of the Samsung Galaxy Note 9 in the color options Midnight Black, Ocean Blue (with the famous gold/yellow/blue S Pen) and Lavender Purple. 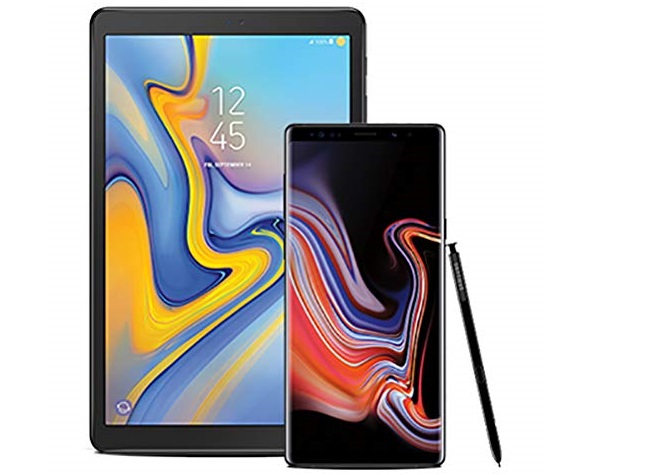