Samsung announced the brand new Samsung Galaxy Tab A 10.5 (SM-T590/SM-T595) today alongside the Samsung Galaxy Tab S4 and as a cheaper alternative to it, since the launch price is $329. The US release date is September 14: https://www.amazon.com/Samsung-Electronics-SM-T590NZKAXAR-Galaxy-Black/

Samsung Galaxy Tab A 10.5 is a 10.5-inch Android 8.1 Oreo tablet with a beautiful Full HD resolution LCD display at 1920 x 1200. The screen is sharp, has great color reproduction, and the 10.5-inch tablet format means a big display in both portrait mode (vertical) and landscape mode (horizontal). It’s powered by a octa-core 1.8 GHz Qualcomm Snapdragon 450 processor, with 3GB of RAM, and 32GB of storage. 32GB of storage is the only “option” but with microSD card support up to 400GB, I would never really need any more built-in storage than 32GB anyway. A 400GB microSD card costs around $180, but 200GB costs just $55, so that makes for very cheap storage upgrade on this tablet. 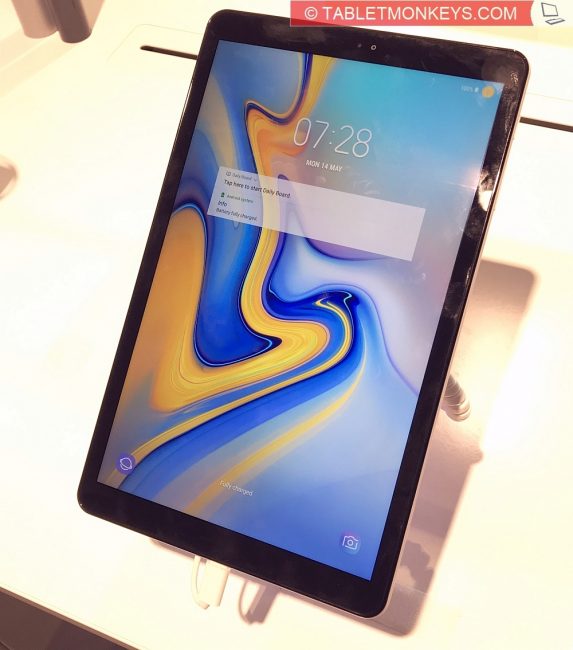 New or evolved features introduced are enhanced parental controls, and a new smart home hub via Samsung SmartThings where a overview of many apps and smart devices are gathered in one dashboard. It also has 4 speakers this tablet, so that’s always a great feature, and the speakers comes with Dolby Atmos audio too.

So there’s a Wi-Fi versions (SM-T590) and 4G LTE versions (SM-T595, SM-T597) weighing 529 gram and 534 gram respectively. The Asian versions with 4G LTE will get all the GPS, GLONASS, and BeiDou sensors, but all of them will be equipped with accelerometer, compass, gyroscope, RGB, and hall sensor. Samsung Galaxy Tab A 10.5 is 8mm thick.

The battery pack is 7300 mAh in size, providing a battery life over 15 hours long for the Samsung Galaxy Tab A 10.5.

Samsung is also going a little wild by not only offering black and white/grey color alternatives, but even a blue version of this tablet. All versions have dark bezels though.

It will be possible to pre-order Samsung Galaxy Tab A 10.5 from Samsung on August 10 says Samsung, from: https://www.samsung.com/us/mobile/tablets/ 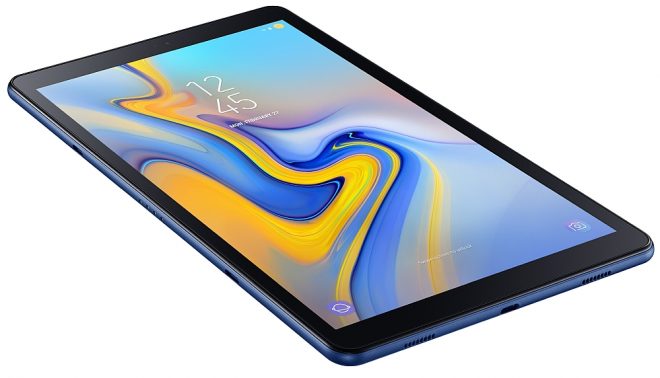 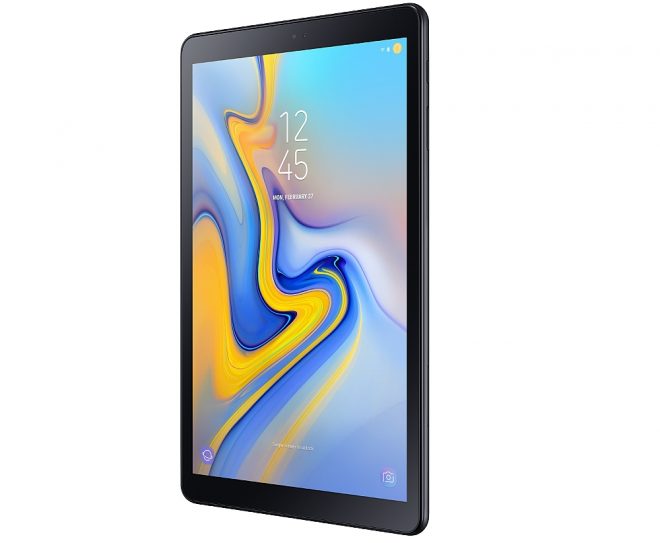 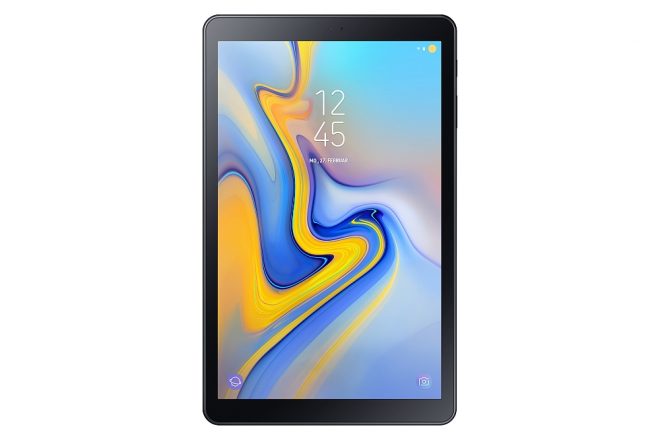 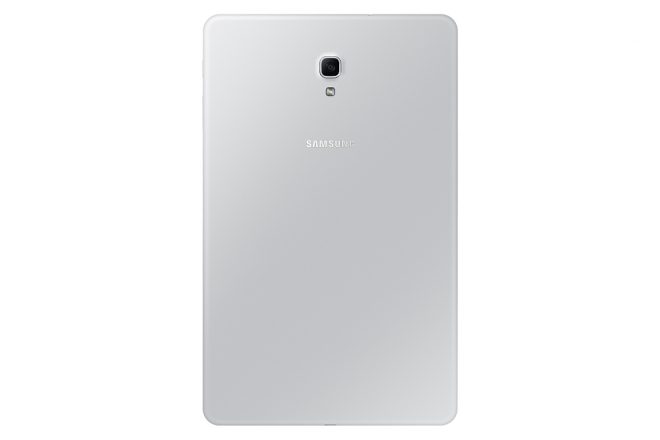