Samsung is spinning some of their tablets in all kinds of ways. The newest of which is this; the Samsung Galaxy Tab 3 Lite Kids Edition launched in Taiwan on Monday.

What we have here is an otherwise ordinary Samsung Galaxy Tab 3 Lite, a 7-inch 1.2GHz dual-core Android tablet that was launched on February 13 for $159, but that have been given a design overhaul and a few additional features to make it more appealing as a kids tablet.

For design, Samsung have wrapped the tablet with two new colors that are called Baby Blue and Sweetheart Pink. As for features, there’s the same set of apps and modes that you find on Samsung’s original children’s tablet Samsung Galaxy Tab 3 Kids Edition such as a Kids Mode where parents can restrict access and set up time management limitations, in addition to some storytelling apps and similar child friendly apps. 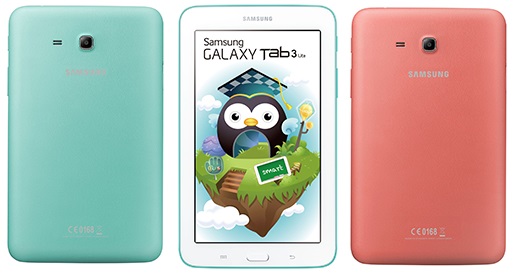 When this version will be available in the rest of the world hasn’t been decided by Samsung yet.