Rugged handheld provider Sonim have announced that they will launch an 8-inch rugged Android 10 tablet for field use in Q1 20201.

It’s called Sonim RS80, and will be launched with an 8-inch screen with a 1920 x 1200 resolution display protected by Gorilla Glass 3, while it’s powered by a 2.2 GHz Qualcomm Snapdragon 625 processor, with 4GB RAM, and 64GB storage.

On top of being so rugged that it weighs 673 grams, it also features a very speedy barcode scanner that can capture as much as 30 scans per second. 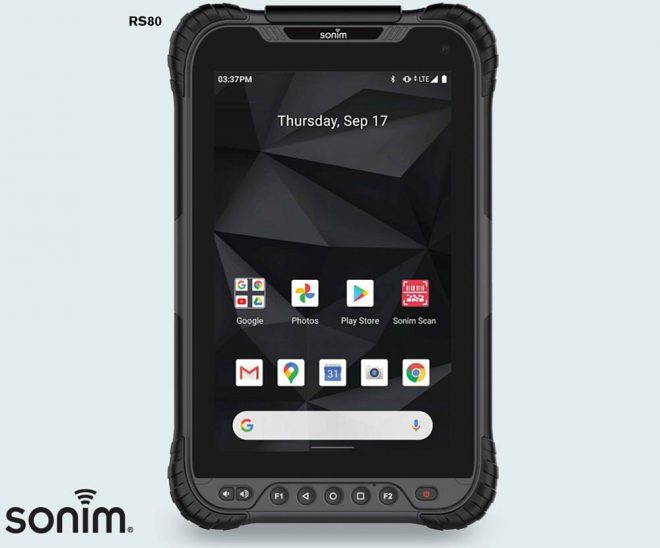 The swappable battery is large too for an 8-inch Android tablet, featuring a capacity of 8200 mAh, with support for Quick Charge 3.0.

With 8 front buttons on the bezel, users won’t have to waste time scrolling through the screen to access many main features either, which are more buttons than that of the Samsung Galaxy Tab Active3.