Realme announced that they were prepping both laptops and tablets at the start of the summer, and while they’ve already released their first laptop since then, they haven’t yet launched their first tablet.

But that’s about to change, as Realme has announced that they will now launch their first tablet, the Realme Pad next week on September 9.

So far the company has only released teaser images where they’re underlining that they’ve focused on slimness and low weight for this tablet, with its 6.9mm thickness. 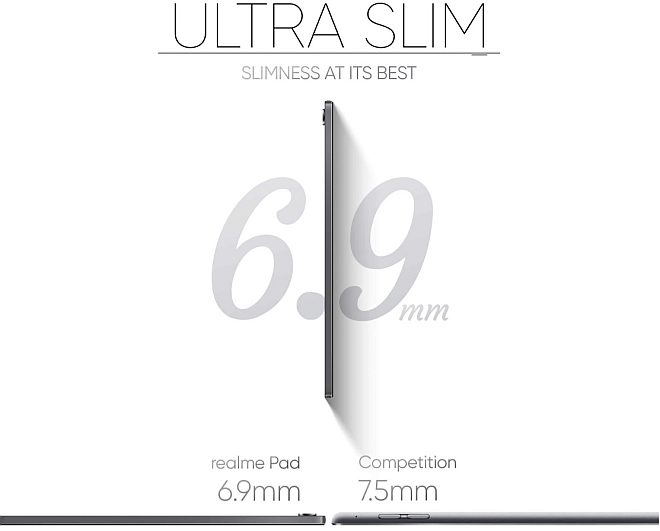 That’s all well and good, but we can still get tablets that’s in the sub 6mm range, so while it will be slim, it still won’t set any new records in slimness.

Just as well, as ultra thin tablets can be more prone to breaking.

Based upon the Relame Pad benchmarks, this tablet is powered by the 2.0 GHz octa-core MediaTek MT6769C/CU processor with 4GB of RAM. So this should basically be a 10.4-inch mid-range tablet with a 2000 x 1200 resolution display, and quad speakers.

If the specs sounds familiar, it’s mostly because most tablet brands that launch 10.4-ich Android tablets are imitating the bestseller Samsung Galaxy Tab A7.