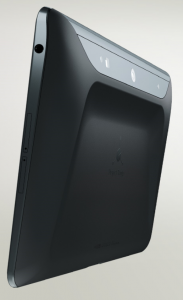 Google have now confirmed that the Project Tango tablet will launch in 2015 and become available to anyone.

Project Tango is a spin-off division from Google’s formerly owned company Motorola, which have technology that enables 3D motion mapping and tracking.

Unfortunately Google won’t disclose the actual details for next years planned tablet.
So in the meantime all we have for reference are the specifications of the developer tablet edition.

Which makes us curious about the price for the consumer tablet edition when it launches in 2015.