I can now confirm that the tablet that was only know by its model number Samsung SM-T575 when it first leaked two months ago, is indeed an 8-inch Android tablet.

Here is the first photo leak of the Samsung SM-T575 tablet too from when it was to undergo certification on Samsung’s home turf in South Korea.

So far only the 4G LTE model has showed up in official records, and Samsung have previously released 8-inch tablets that have only been offered as cellular models, so that seems like a possibility with this tablet. 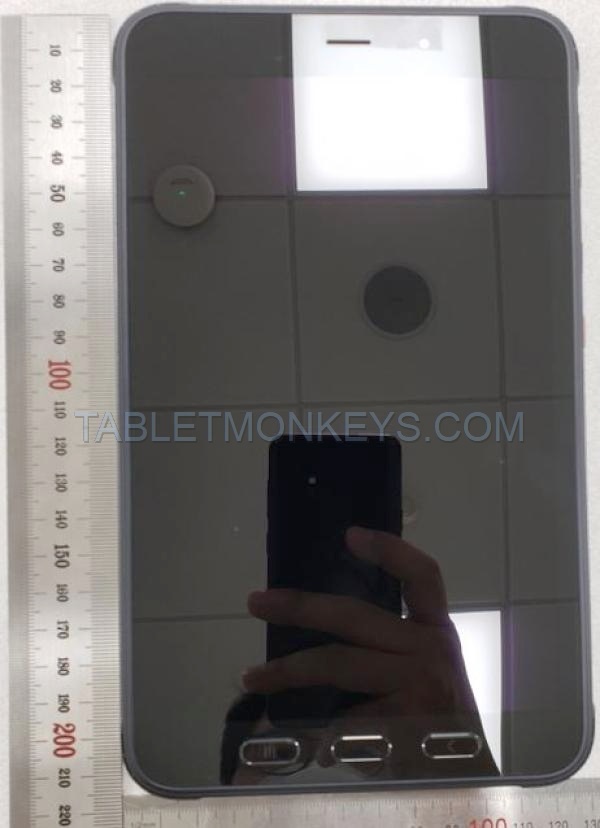 And of course, there is no escaping the fact that this new Samsung tablet features traditional physical buttons too, so there is a possibility that this may be a tablet that will end up in Samsung’s line of rugged tablets as well.

Leaked specs on Samsung SM-T575 includes an octa-core Samsung Exynos 9810 chipset, with 4GB of RAM, and Android 10 for operating system.

The Geekbench 5 benchmark scores that I’ve included here shows what kind of performance we can expect from this upcoming 8-inch tablet. 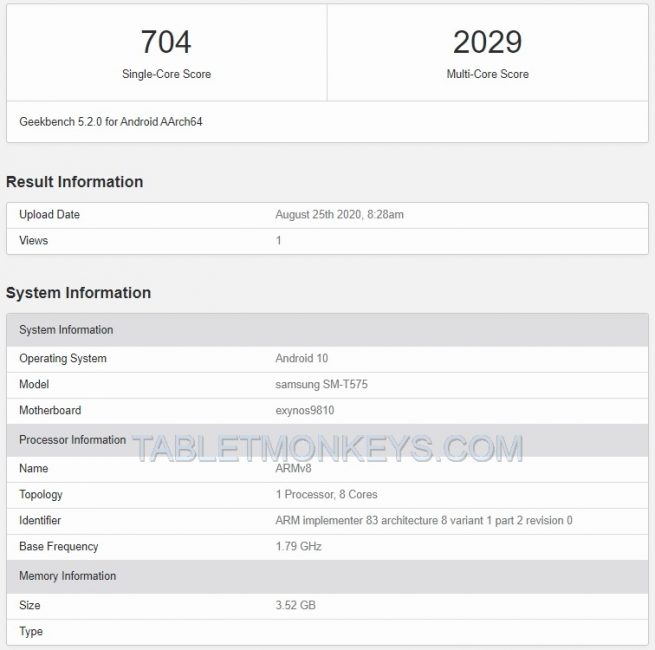