In July last year, the Windows 10 pocket laptop company One-Netbook launched the 7-inch One-Netbook One Mix 1S which was powered by an Intel Celeron 3965Y processor. And this summer they are launching a faster special edition of it called One-Netbook One Mix 1S+:
https://www.banggood.com/ONE-NETBOOK-Onemix-1s+-Intel-Core-M3-8100Y

Instead of doing just a minor upgrade for 2020, One-Netbook stuffed an Intel Core m3-8100Y into it instead, just like the new Surface Go 2, effectively giving it twice as much power as the previous version. It doesn’t appear to have affected the price much though, as it launches for $599.

I don’t know if there’s any difference between this version and the One-Netbook One Mix 2S, other than the fact that it has a different blue special edition casing and is a lot cheaper now. 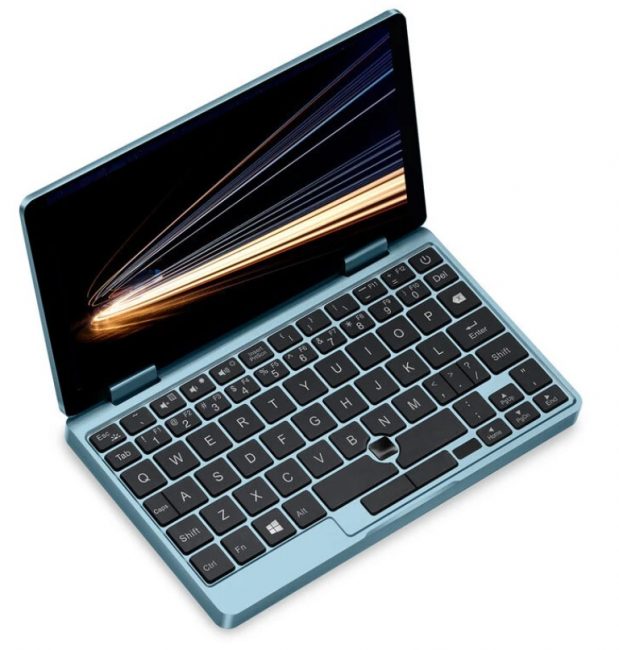 The One-Netbook One Mix 1S+ looks great though and offers the same versatility as always, including a table mode and tent mode, due to its fully revolving screen.