If the tablet name Onda V80 rings a bell, then you would be right because the name hase been around for two years for 8-inch tablets from Onda in a few different configurations since the start. And now the latest one is this, the Android 7.0 Nougat tablet that will launch at the end of this week for just $72.99: https://www.gearbest.com/tablet-pcs/pp_1529387

So if someone is in need of an alternative to the Amazon Fire HD 8 and one that only runs a stock Android OS without any Amazon Fire OS on it, then this tablet fits to the price range at least, and some of the specs are interesting enough to consider it.

If we begin with the low specs components then these are the quad-core 1.3 GHz Allwinner A64 processor which only performs like the lowest end x3 Intel Atom (Bay Trail) processors, with Mali-T720 MP2 support, and 16GB of storage. The battery is also just a 4200 mAh battery which is estimated with a 5 hour battery life. The cameras too are on the low end of the scale, with 0.3MP front and 2MP rear cameras.

So these specs explains the low price. 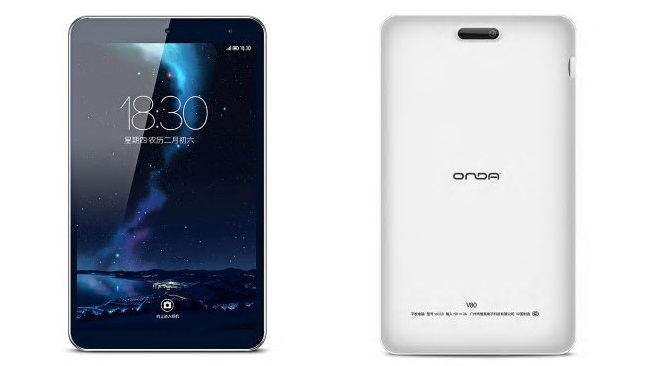 The new Onda V80 has a mono speaker, a micro-USB port, Bluetooth 4.0, 128GB microSD card support, while the tablet is 9.5mm thick, which is thick for a 2018 tablet. But these are also the reasons why it’s cheap.