An old Motorola patent for a foldable tablet phone has hit the news and gained press coverage the last few days, though the patent sketches reveals less than the actual real picture of the tablet already does. The story first originated from the Dutch site nl.letsgodigital.org, where the sketches shows the tablet with a tablet cover.

Google bought Motorola in 2011 precisely to own the many patents that Motorola held in the mobile space. Lenovo later bought Motorola Mobility from Google again, but Google held on to many cornerstone patents all the same.

So some of the patents originally assigned to Motorola Mobility LLC are currently assigned to Google Technology Holdings LLC, such as the specific patent on Motorola foldable tablets below. 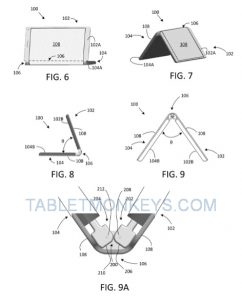 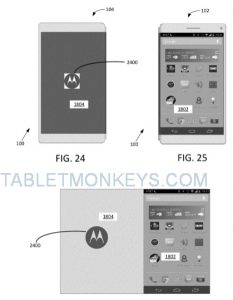 In the final picture though is the Lenovo foldable tablet prototype that was showcased 23 months ago. Called the Lenovo Folio, this is a folding 7.8-inch Android tablet that can fold into a 5.5-inch dual-screen smartphone.

Lenovo has said that it has taken them more than 20 patents to cover the engineering of the flexible screen of a folding tablet. Now multiply that number with all the mobile brands currently developing foldable tablets, and we are dealing with a pretty substantial number of patents.