If the ongoing inventory clearout of the existing line of Amazon Kindle tablet and ereaders before their new line is unveiled is anything to go by, then perhaps a similar clue can be found with the NOOK Tablets from Barnes & Noble. It’s already been speculated for a while that Barnes & Noble will release a new NOOK 2 Tablet in October, maybe even sooner.
But will it be in time for the Back-to-School season? Either way, Barnes & Noble have made a price cut on 3 of their tablets; Both the 8GB and 16GB NOOK Tablet, as well as on NOOK Color. 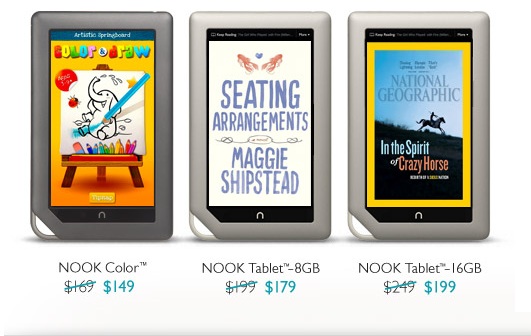