It’s interesting to note that Microsoft’s Surface Book 2 has seen yet another price cut, even if it’s just $50 this time around. It has previously been cut by more than that compared to its original launch MSRP. This means we can now get the Surface Book 2 from a record low $1099. The top en odel with Core i7 and Terrabytes of storage can be bought with a price reduction of $500.

Of course the downside is that this could mean that Microsoft is clearing out inventory ahead of their fall event that will be held on October 2. There’s been no leaks yet that indicates a Surface Book 3 though. 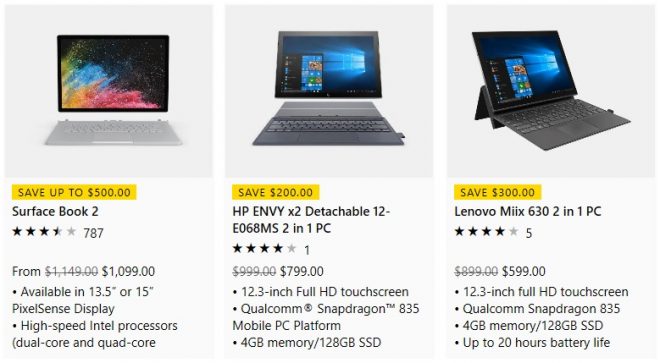 There’s a September sale on mobile electronics from Gearbest too where some tablets are on sale, including some Huawei M6 tablets, even though that may not be much relevant to international customers before the tariff war has come to an end.

Other tablets that have seen prices tightly shaved off are the many Google Pixel Slate 2-in-1’s which have been cut by a whopping $450, so that even Pixel Slate with keyboard included can be bough for $547 from Best Buy this week.

Actually, for just $2 more, it’s even possible to get a 128GB Surface Pro 6 with the bestselling black keyboard included, which makes for a pretty compelling case as it almost enters Surface Go price territory at this price. 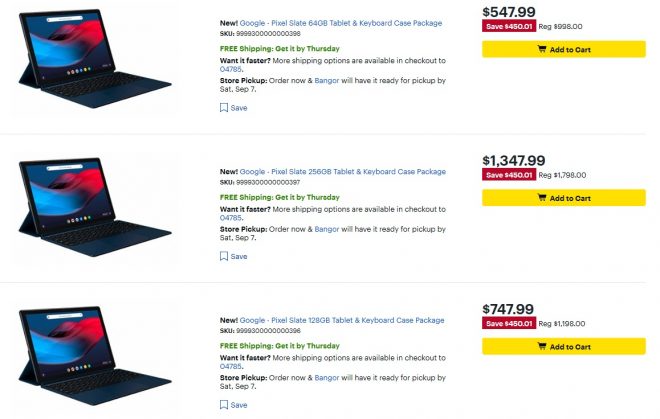