The new Echo Show 10 may become one of the most talked about new tech products soon, as the 3rd generation Amazon Echo Show will be released just a little over four weeks from now, on February 25:
https://www.amazon.com/All-new-Charcoal-Indoor-Security-Detection/dp/B082X1HR

Amazon has never been shy about trying out new technologies, and the new 10.1-inch Echo Show 10 is now more hands-free than any smart display has ever been before, as it not only acts on commands given to Alexa, but the screen can even be set to follow your place in the room, so that the display will always be directed towards you.

And of course, the same goes for the video chat camera if you want, so that you’ll always be in the center of the video. That’s not a bad idea, and up to now, it has basically just been a few of the Chinese accessory makers that have supplied similar third party accessory products for tablets. 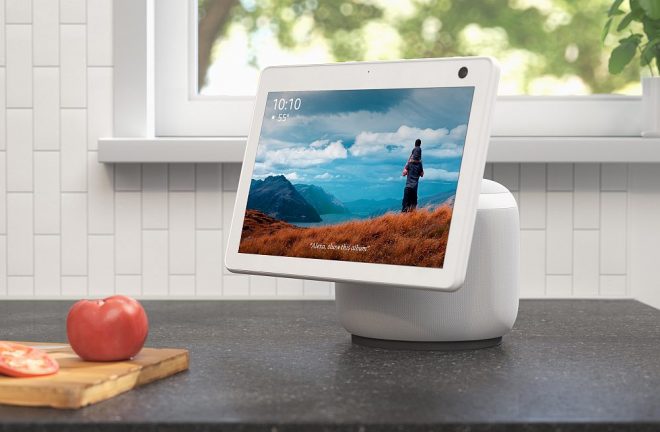 The motion tracker uses a brushless motor that can rotate 360 degrees, but the 45 degree tilt is manual.

Many of the tablets with hubs have become popular kitchen tablets over the years, but I will not be surprised if the new Echo Show 10 becomes the new tablet hybrid for the kitchen.

Hopefully the tablet the tablet brands will follow suit with something similar soon too.