Amazon announced their new range of tablets today and unveiled four new Fire and Fire HD tablets for 2015 and 2016 with only one tablet from last year remaining unchanged. So the Amazon Fire tablet family now consists of five tablets, with the cheapest of these having an entry price of just $49.

At the same time Amazon also upgraded the Fire OS operating system today, so that the new Fire OS 5 Bellini has a Android-familiar and user friendly user interface that now has more personalization settings than ever before. Fire OS 5 is built upon Android 5.1 Lollipop, but the Fire OS Bellini user interface (UI) adds a lot of features and easy access to the Amazon ecosystem, including the new app center Amazon Underground.

Other features added to the Fire tablets include the On Deck feature that automatically downloads related Prime movies and TV shows to the new Fire tablets so you’ll always have something new to watch in offline mode, like if you are commuting on a plane or elsewhere you might be offline. The content is automatically allocated to available space on the tablet.

Another Fire tablet app is Word Runner that helps people read faster by centering the words on the screen. For families there will soon also be Activity Center, an app that tracks how children spends their time on a tablet like how much time they spend playing games, and also what kind of websites they visit.

The 24/7 online help Mayday is still there, now with Mayday Screen Sharing that can guide you to any feature you need help with. So is Family Library, a feature that lets household members share Prime services, apps, movies, books and similar content. And all Fire tablet owners can now also enjoy free, unlimited cloud storage for all photos taken with Fire tablets.

Other main specs for the Fire HD 10 are Dolby Atmos stereo speakers, a 1.3MP front camera and a 5MP rear camera with 1080p video recording support. It has dual-band 802.11 a/b/g/n/ac Wi-Fi support, while the battery life for the Fire HD 10 is 8 hours. Color options are black or white. 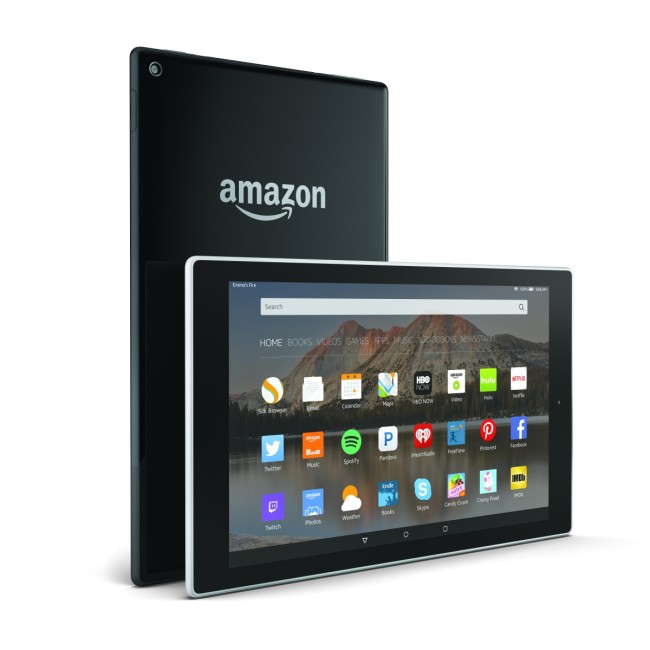 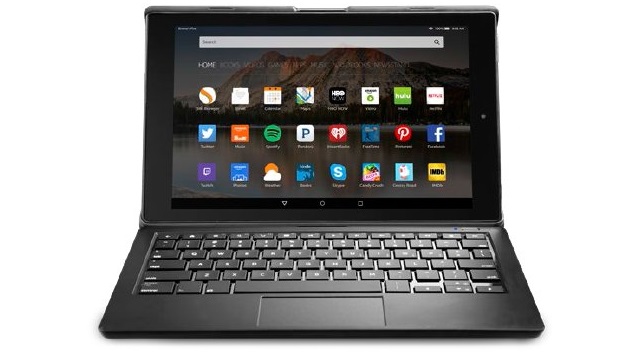 Processing power comes from the 1.5 GHz quad-core MediaTek MT8135 processor, supported by 1GB of RAM, while storage options are 8GB and 16GB with additional support for microSD cards all the way up to 128GB in size.

Just like the larger 10-inch model, the Fire HD 8 too has Dolby Atmos audio technology for its stereo speakers as well as a 1.3MP front camera and a 5MP rear camera with 1080p video recording.

Wi-Fi cover is complete with a full range of dual-band 802.11 a/b/g/n/ac support. The average battery life of the Fire HD 8 is 8 hours, while it has a thickness of 7.7 mm and a weight of 311 grams, which makes it one of the lighter 8-inch tablets.

Fire HD 8 color options are black, blue, magenta (hot pink), and tangerine (orange). The price for the Amazon Fire HD 8 begins at $149 for the 8GB model, and it will be released on September 30:
http://www.amazon.com/dp/B00S5HFVGI/ Amazon Fire 7
Amazon Fire 7 is the now famous $49 tablet from Amazon. It is the best 7-inch budget tablet on the market in that price range. Other tablets like that tend to cost twice that or more.

The Fire 7 comes in black only, but there are many colorful Fire 7 covers for it. These are called Fire 7 Protective Cover and comes in the colors black, blue, orange, green, and purple for a price of $24.99. 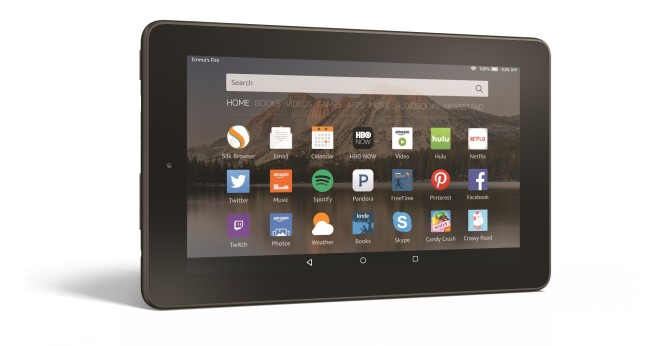 The price of the Amazon Fire 7 bundle is $249.95. To enable the discount, the Amazon code “FIRE6PACK” has to be applied at checkout. 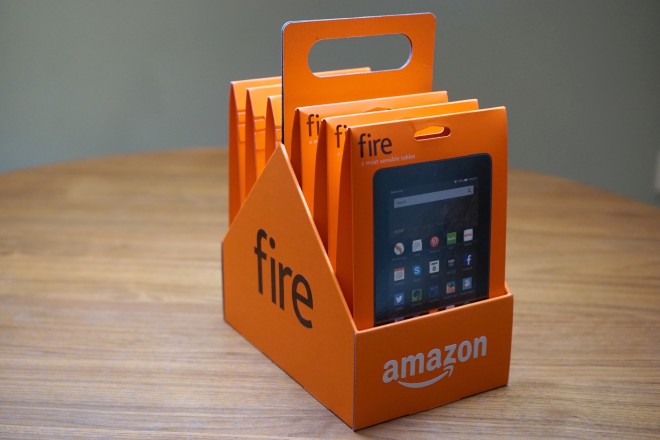 Amazon Fire HD 6
The 6-inch tablet Fire HD 6 remains as it was when it was launched in 2014. It has been one of Amazon’s bestselling tablets since launch so the decision is understandable too. 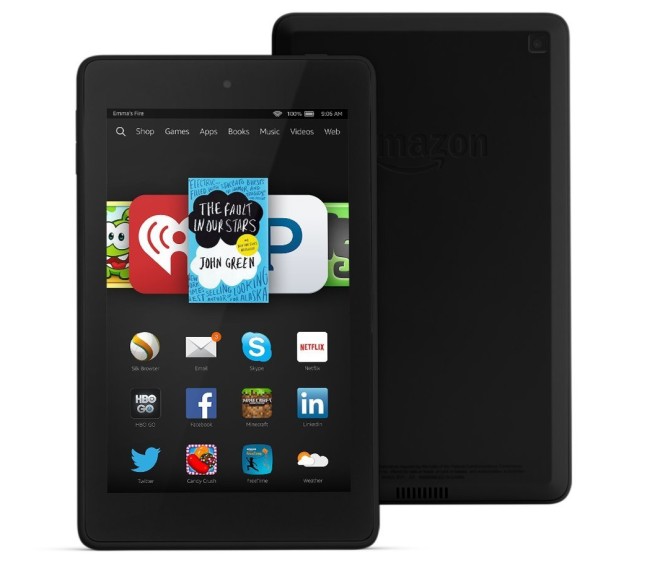 Amazon Fire Kids Edition
The Amazon Fire Kids tablet / children’s tablet has been changed for the 2015-2016 model year. Most importantly is the new price which has gone down from $149 of last year to $99 for the new tablet season.

But it is still the same rugged tablet with the solid rubber case that protects both the tablet and the children, and that can take more drops, spills, and rough use than normal Fire tablets.

The specs for the new Fire Kids Edition tablet include a 7-inch screen with a 1024 x 600 resolution IPS display, a 1.3 GHz quad-core MediaTek MT8127 processor, 1GB of RAM, 8GB of storage, and finally microSD card support up to 128GB, something the old model did not have.

The rugged rubber/silicone case is 25 mm thick, bringing the total weight of the tablet to 405 grams. And the tablet still comes with a 2-year warranty with a “no questions asked” policy.

The price for Amazon Fire Kids Edition is $99 and it will be released on September 30:
http://www.amazon.com/dp/B00YYZEQ1G/ 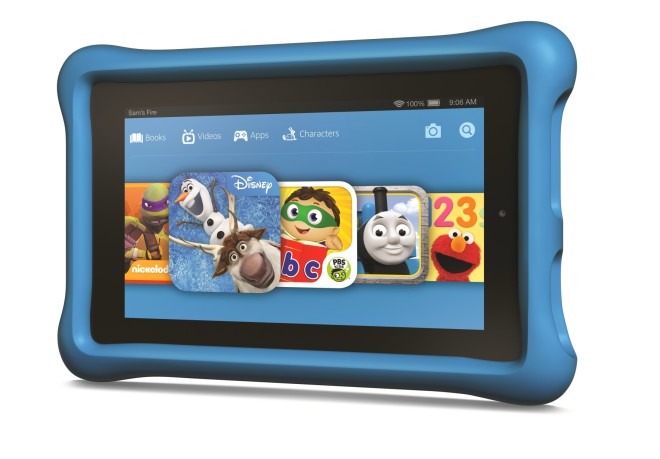