It looks like the upcoming unveiling of the Surface Go 2 and Surface Book 3 may be joined by more Surface gear from Microsoft, as Microsoft’s new 2020 model Surface Headphones were filed as approved by the Bluetooth certification body yesterday.

Microsoft even shared more than average through the product description, where the new Surface Headphones with model number 1919 are described as a premium stereo handset, with Bluetooth 5.0, dial buttons that adjust the noise cancellation to three settings, and a tap and hold of the dial that will launch VA without taking out the phone.

It also described as featuring a headset adopted AptX codec, and having a battery life of 20 hours of wireless audio listening per charge.

The current model has had good audio, and the features have seemed smart to me too. It has a 4 out of 5 stars rating on Microsoft Store.

In terms of audio quality and noise cancelling, the new Surface Headset will be up against the class leading Sony Noise Cancelling Headphones WH1000XM3, which I imagine will be hard to beat, especially since they are likely in the same $350 price range.

So the incentive to buy the new Surface Headset may be more in the features of the buttons, as the Surface Headset is compatible with not just Windows, but iOS, MacOS, and Android too. 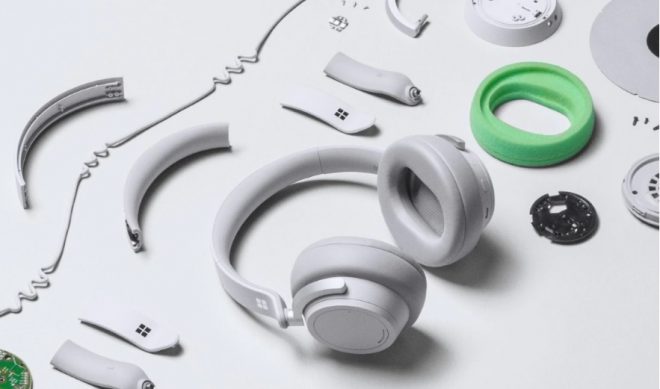