The Teclast M40SE is now launching globally. This is the latest mind-range Android tablet from Chinese tablet brand Teclast’s with a 10.1-inch screen, and a price just below $169 from stores such as Gearbest and Banggood.

Teclast M40SE is among a growing number of tablets that’s powered by the increasingly powerful Unisoc chipsets. It has an octa-core Unisoc T610 processor running at 1.82 GHz and Mali-G52 3EE GPU, with 4GB LPDDR4 RAM, and 128GB storage. All of this gives the tablet Geekbench 4 benchmark scores of 1767 in single-core and 5562 in multi-core, or in Geekbench 5, a single-core score of 364, and multi-core score of 1280. Which is all acceptable for a tablet in this price range. 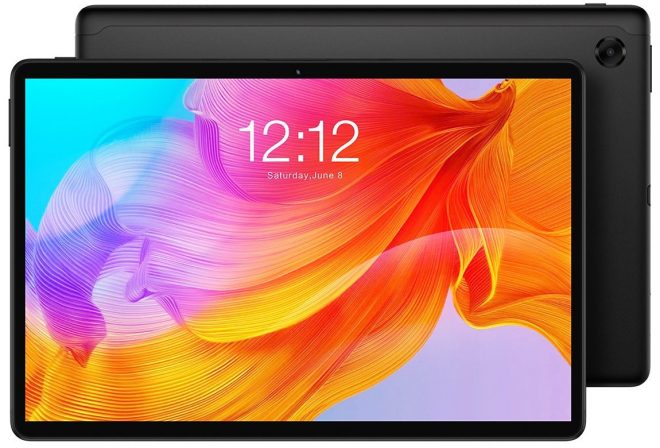 Apart from the SIM card slot, it also has microSD card support, a USB C port, and 5 pogo pins for an optional keyboard. As for OS it ships with Android 10.

The design is reminiscent of some of Huawei’s tablets, with the appearance of a large rear camera, narrow bezels, and a deep black. It’s also 9.2mm thick and weighs 520 grams.