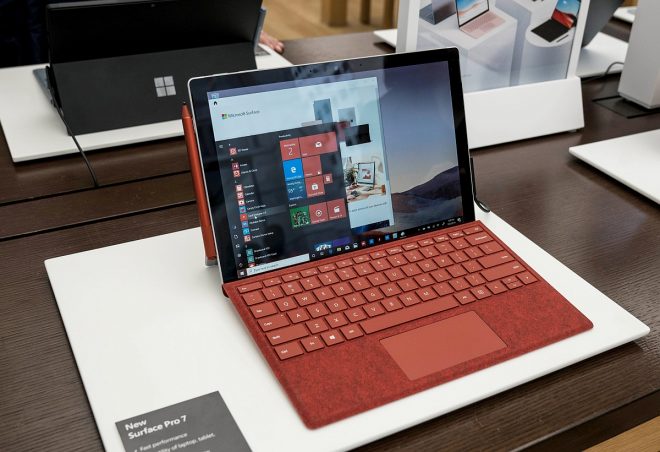 Even judging by benchmark power, the Intel Core i7 version has gone up from a Geekbench 4 multi-core score of 13,850 in the predecessor, to 19,000 on average with the new Surface Pro 7, which is a huge increase.

The LPDDR3 RAM has also been replaced by a newer LPDDR4x RAM, with options of 4GB, 8GB, and 16GB RAM available relative to the processor, so that makes the Surface Pro 7 faster and more powerful too. Storage options are the same as before, with 128GB, 256GB, 512GB, and 1TB PCIe NVMe SSD alternatives, as well as microSD card support.

Microsoft have also future proofed the SP7 by adding ax Wi-Fi which is still exceptionally rare on tablets so far, so that it now features 2×2 802.11 a/b/g/n/ac/ax Wi-Fi 6, so that it can handle the fastest Wi-Fi routers that most people have yet to upgraded to yet. The Bluetooth standard have also been upgraded to Bluetooth 5.0.

Surface Pro 7 have also been treated to a USB C port upon the request of many people, though it also features a more sturdy regular full-size USB A port, as well as a Surface Connect port, and a 3.5mm audio combo jack. 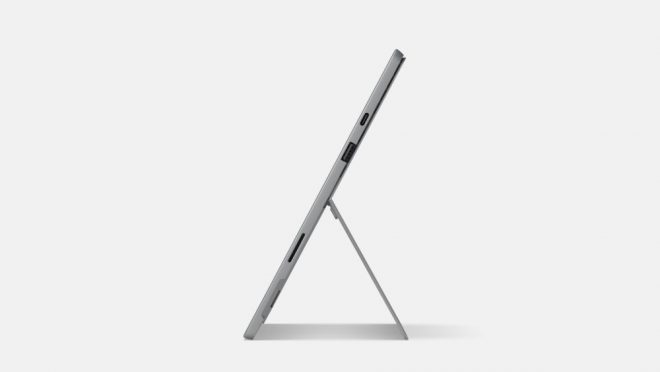 And while Microsoft may have used different suppliers for some of the components than before, the actual specs of the other hardware is the same.

The Surface Pro 7 screen is the same award winning best in class PixelSense Display at 12.3 inches with a 2736 x 1824 resolution display and 3:2 screen ratio. So you still get that precise and responsive touchscreen that is silky smooth to touch and individually calibrated screens, and support for the 4096 pressure level sensitive Surface Pen.

The all important battery life is 10.5 hours long, but can be used to charge other devices with too, like a phone. Other specifications are a 5MP front camera and 8MP rear camera, Windows Hello IR facial recognition camera, two far-field mics, and 1.6 watt Dolby Atmos Premium stereo speakers. These speakers can be surprisingly loud.

It still features the multi-angle adjustable kickstand on the back, with a 8.5mm thick magnesium unibody that weighs 775 grams, or 790 grams for the Intel Core i7 version. Color options are Matte Black or Platinum. 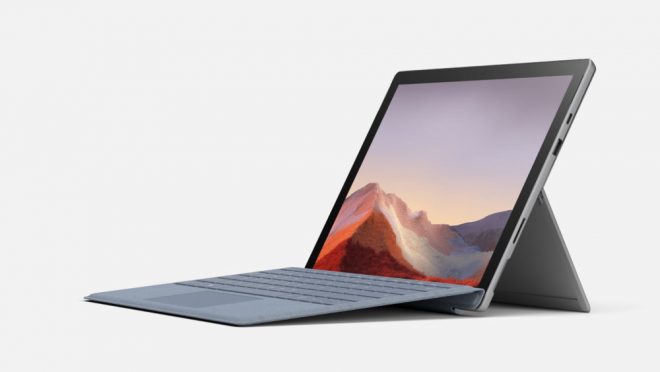 Since Microsoft has beat all its Windows 2-in-1 rivals due to the freshness of the specs this time around, there aren’t really any other Windows 10 2-in-1 tablets in this size and price range that functions as alternatives right now.

Both HP, Samsung, Acer, and Lenovo are behind on their upgrades at this point in time, so the only option is really just Surface Pro X for a 13-inch Windows 2-in-1 with LTE. 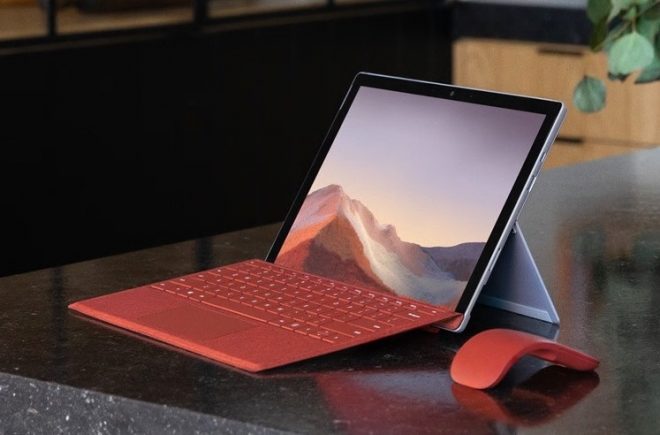 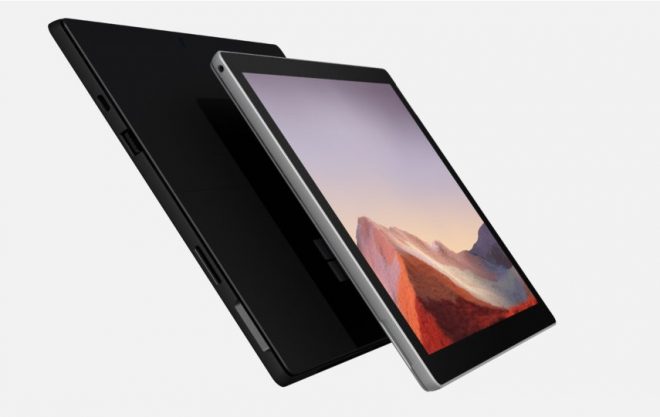 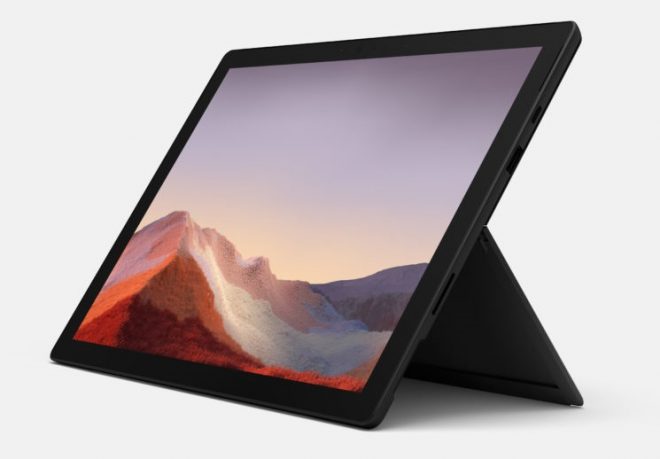 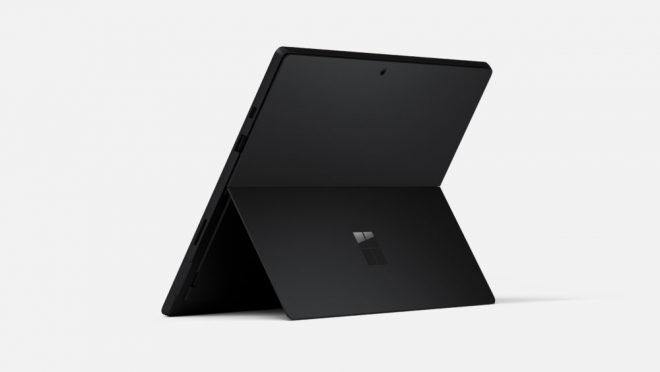 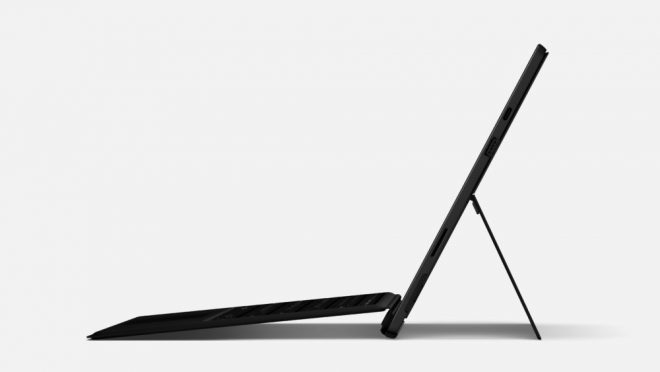 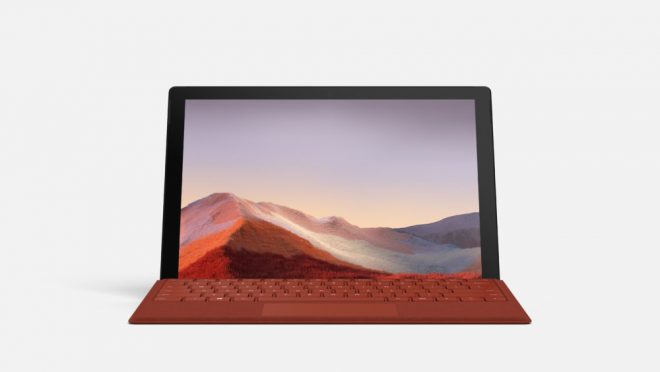